Band of Misfits
October 2012
The Royal Tinfoil treats listeners to a wild melding of Americana, gypsy, punk, and blues 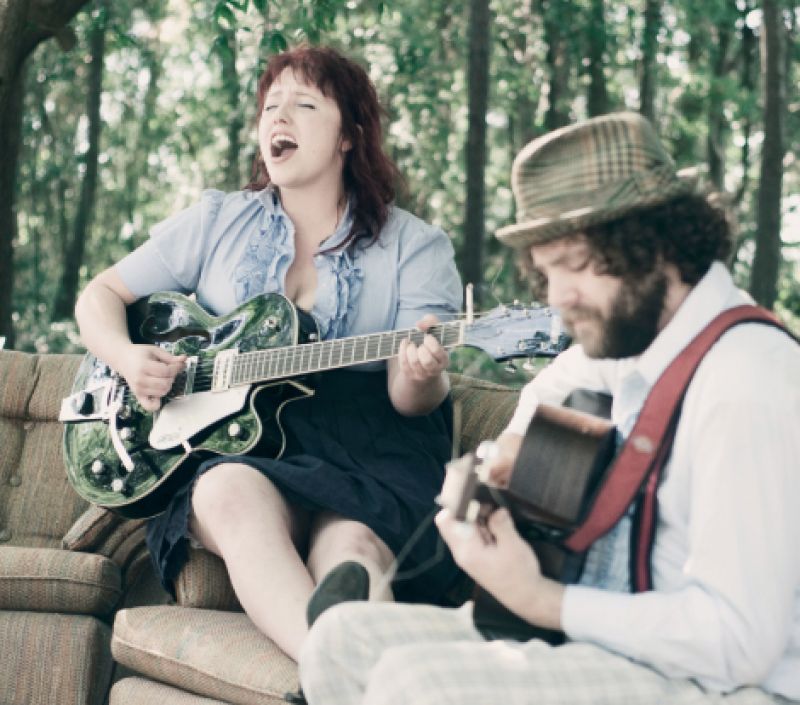 Rather than posting a typical bio on their social media sites, The Royal Tinfoil relates a tale about “drunken streetwalker” Sabbath Hawks meeting traveling salesman Lamont Boles and—after mischievous activity—forming a band. This is indication aplenty that listeners are in for a wild musical ride.

Vocalists and guitarists Lily Slay and Mackie Boles founded the group in 2009, playing around town at the Pour House, The Mill, and more. Last year, they added Brad Edwardson on vocals, Marshall Hudson on drums, and Tim Edgar on ukulele and vocals. Playing in a downpour at last June’s Spoleto finale, they were reminiscent of the Squirrel Nut Zippers mixed with the blues drama of Screamin’ Jay Hawkins—a mad-hatter string band full of harmonies, jangly guitars and ukuleles, and self-referencing songs that tell the stories of disreputable characters.

“We may be shady, crooked, and crazy, but we ain’t bothering you,” they sing in a hopped up number, “Theme from Muscadine,” from Well Water Communion, which Slay and Boles recorded in Kansas and released in May. Sounds like they’re a band to be reckoned with. Lily Slay and Mackie Boles founded The Royal Tinfoil three years ago. Visit www.royaltinfoil.bandcamp.com for show dates.