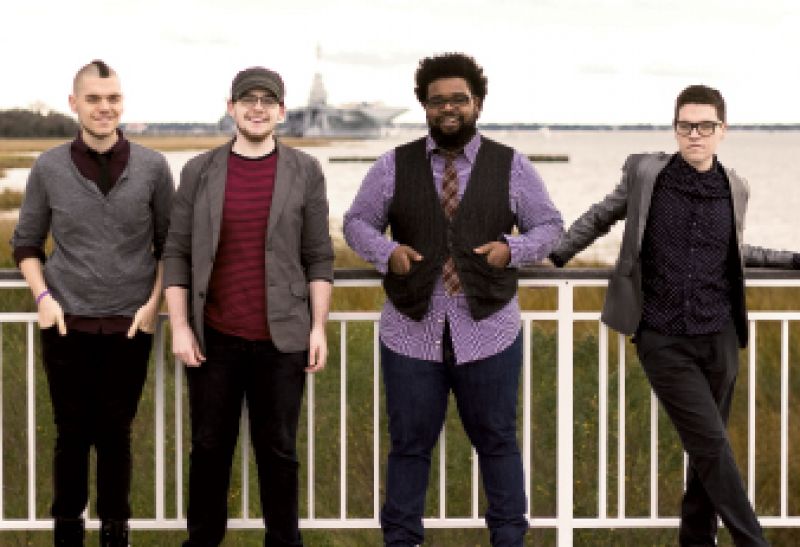 Seldom have life’s circumstances and a band’s name more directly collided than in the case of A Fragile Tomorrow. Comprised of brothers Sean (vocals/guitars), Dominic (drums/vocals), and Brendan Kelly (guitars/vocals), plus bassist Shaun Rhoades, the group fell in love with Charleston while on tour and relocated from Montgomery, New York, in 2009—the same year their mother was diagnosed with uterine leiomyosarcoma. Briefly in remission, the rare cancer returned in October 2013.

In addition to this latest hardship, Dom and Sean were born with cerebral palsy and lost a triplet brother, Paul, at the age of six.  “The three of us still living vowed to do this music thing in memory of our brother and have never lost sight of that,” notes Dom.

Determined to soldier on, the band is staging a show at The Windjammer on February 8 with opening group Finnegan Bell and other guests. All proceeds will benefit the Leiomyosarcoma Direct Research Foundation.

Concert-goers will catch songs from their fourth CD, Be Nice Be Careful. Recorded last fall with legendary producer Mitch Easter and featuring collaborators and mentors Amy Ray of the Indigo Girls, Don Dixon, Vicki and Debbi Peterson of The Bangles, and Susan Cowsill, it has a jangle-pop sound reminiscent of early REM, Toad the Wet Sprocket, and Teenage Fanclub.

Get the details on the Saturday, February 8, concert at www,afragiletomorrow.com.