Azalea
March 2014
Each spring, azalea blooms turn the Lowcountry landscape into a kaleidoscope of pink, red, purple, magenta, and white. Called the “Royalty of the Garden” by horticulturists, this member of the Rhododendron genus is a favorite around the globe for its vivid colors, profusion of flowers, and adaptability to a wide range of soils—but did you know the Lowcountry has played a notable role in its popularization? 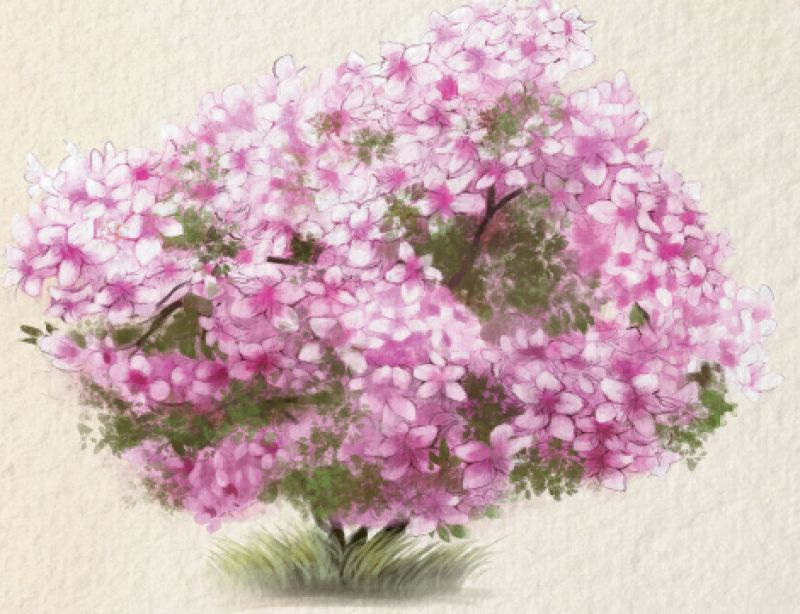 Early Bloomers: When Magnolia Gardens was established in the 1840s by John Grimké Drayton, it was the first place in America where azaleas were planted outdoors. Today, hundreds of thousands of the plants grow there, including a multitude of hybrids continually being developed by plantation gardeners.

Eastern Origins: Many species of azalea are native to China, Japan, and other parts of Asia. In fact, aristocrats in Japan bred a variety of azaleas as early as 1600 to represent their families, reports Magnolia Plantation director of gardens Tom Johnson. And it was in Japan in 1692 that Ito Ihei, a nurseryman for feudal lords, wrote the first book on the plant, Kinshu Makura, or A Brocade Pillow.

Variety Show: There are now thousands of cultivated azalea hybrids produced in many colors, including miniature varieties and those that bloom at various times of the year.

Wild Ones: While most azaleas are evergreen, the North American natives are deciduous. The wild azalea (Rhododendron canescens) blooms in Lowcountry woods and swamps in early spring, putting out a cluster of fragrant, pale pink, honeysuckle-like blooms at the tip of long woody stems.

Summerville Sensation: In the 1930s, Summerville developed the 12-acre Azalea Park, home of the Flowertown Festival. Funds for the tourist-attracting paradise came from a Works Progress Administration grant, and pioneering local azalea propagator George Segelken provided some 33,000 plants. Many credit Segelken with helping popularize azaleas throughout the state.

Familiar Beauty: The Southern indica azalea is the most commonly seen variety in the Lowcountry. It creates single blooms two or three inches in diameter.

Grow Your Knowledge: From March 27-30, the Magnolia Plantation and Gardens-based Rev. John Drayton Chapter of the Azalea Society of America is hosting the organization’s annual convention. Learn more at nationalazalea-convention2014.org.