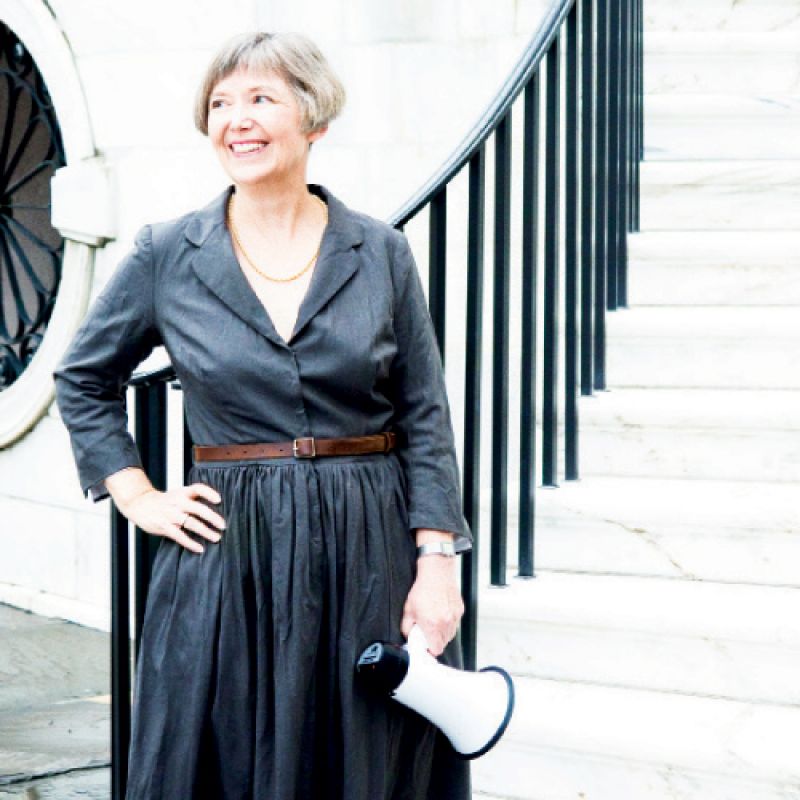 As an architect, Whitney Powers is known for thinking outside the box (or single house, as the case may be). She’s a master of contemporary design and sustainability, and, along with her late husband, Edwin Gardner, a student of the urban environment—what works, what doesn’t, and how we can make cities better. But Powers’ latest project isn’t a building, it’s a virtual meeting place called ”If You Were Mayor.” She and business partner Patrick Head launched the site in November in an effort to boost civic engagement, encouraging locals to voice ideas for bettering area transportation, education, arts and culture, economic opportunity, neighborhoods, parks, and housing.

CM: What inspired If You Were Mayor [IYWM]?
WP:
As Mayor Riley winds down, I, like others, feel a certain anxiety because his vision has been a personal one for so long. His leadership has been almost unquestioned, and as a result, we’ve gotten a little flabby in discerning our priorities and speaking up. I had this concept: ask “What’s your idea?,” then harness technology and social media to engage the grassroots—especially the 20- to 45-year-old demographic who are interested, but often not able to go to public meetings due to family or job demands.

CM: How do you think technology can enhance civic engagement?
WP:
Technology is the great equalizer that allows for broad-based civic discourse about what the city can represent to future generations, not just about what it is now or how it’s working today. This is what makes If You Were Mayor a unique resource—it gathers ideas, projects, and initiatives of organizations and individuals; promotes projects that are underway or getting off the ground; and prompts action on new ideas, whether by government, organizations, or individuals.

CM: How has your vision for the site evolved since its initial inception?
WP: The site has always been about crowd-sourcing ideas to make better cities. We started by reaching out to nonprofits that are already implementing big ideas, since this platform could broaden their reach. Then we invited everyone to join in.

CM: How do you anticipate that IYWM will help elevate public discourse?
WP: It is meant to be a positive place for participation rather than a forum for public debate, which too often gets reduced to name calling and drawing lines in the sand. We established ground rules for engagement that allow us to banish the trolls to that dark place under the bridge where they belong.

CM: What will success look like for this?
WP: We will be happy with an active, positive group of 100 or so, out of many more occasional visitors, who willingly submit ideas and initiatives that aim for an even more livable, joyful future for Charleston.

Works: As president of Studio A Architecture and CEO/co-founder of Edwink, LLC, a tech company focusing on community advocacy, of which IYWM is the flagship product

Lives: On the peninsula with teenage daughter Olive Gardner, a rock climber and published writer

For fun: She travels to cities around the world (for inspiration) and to the mountains (for true wilderness) and spends evenings on the porch with friends.

Find her: Commuting around town on her bike or walking her dog, Ace, during lunch breaks on Upper King Street