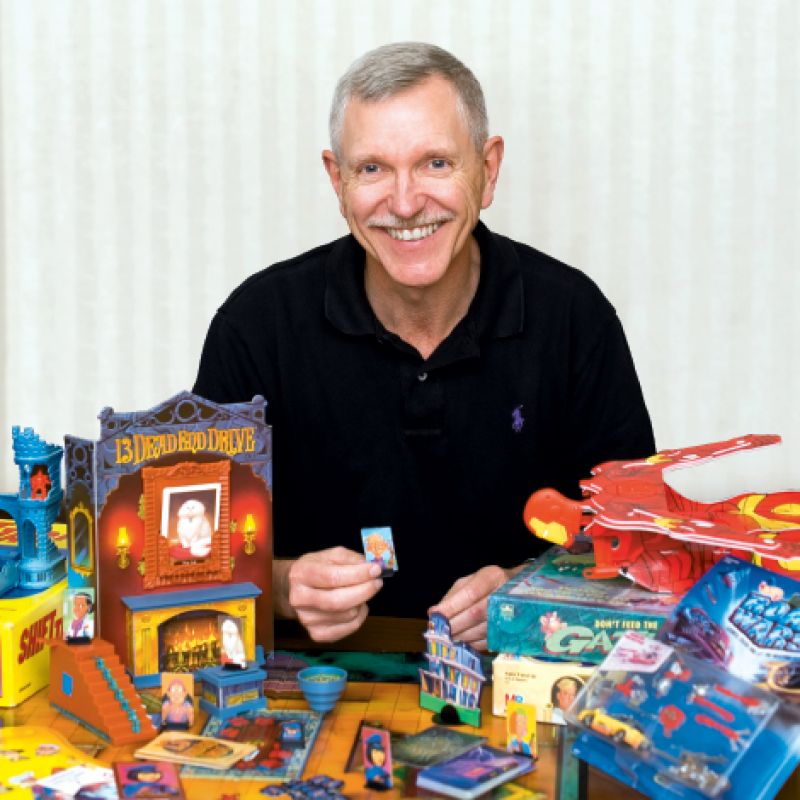 Spend but a few minutes with Dr. David Wyman and you’ll want to ditch grown-up conversation to while away the afternoon playing games. It seems the gregarious PhD has that effect on people: he’s invented more than 50 games and toys, including the top-selling 13 Dead End Drive (Milton Bradley), Big Wheelie (Empire), and Hot Wheels’ Road Wars (Mattel). Born in England, the Cambridge University grad is also an assistant professor at the College of Charleston and director of its Center for Entrepreneurship.

CM: How did you start inventing toys?
DW
: My father was a toy inventor, and when he retired he left me a small business. After college, I got experience by working as a product development manager for a German toy company, then moved to the States in 1993.

CM: How do you come up with
your ideas?
DW:

Usually by imagining alternatives to real-life situations. I invented Road Wars toys while stuck in traffic wishing I had a car that could blast through anything.

CM: What’s the process once you have an idea?
DW:
I use world-class artists to create a 2-D drawing and then have a specialist create a 3-D model. If that looks good, we create a sample to show Product Development in a major toy company. These professionals determine whether they think the idea will sell. It is particularly important for them to conclude that a TV commercial can be created to help sell the product. The idea then goes to various committees whose job it is to try to find reasons not to produce the toy. For a toy company, a concept from someone outside the firm has to be significantly better than their own ideas, as they will have to pay a royalty on every piece sold.

CM: What’s your favorite invention?
DW:
13 Dead End Drive, a board game where players feud over the will of a wealthy old woman. I got the idea when I was thinking about a time growing up when my sister put Post-it Notes all over our family’s house in Guernsey [part of the British Isles], declaring what she thought we should all get in a will. Of course, she claimed all the good stuff for herself and left my brothers and me the knickknacks!