All Aboard
August 2011
WRITER:
Stanfield Gray
Sol Driven Train burns up the tracks with “sonic schizophrenia” 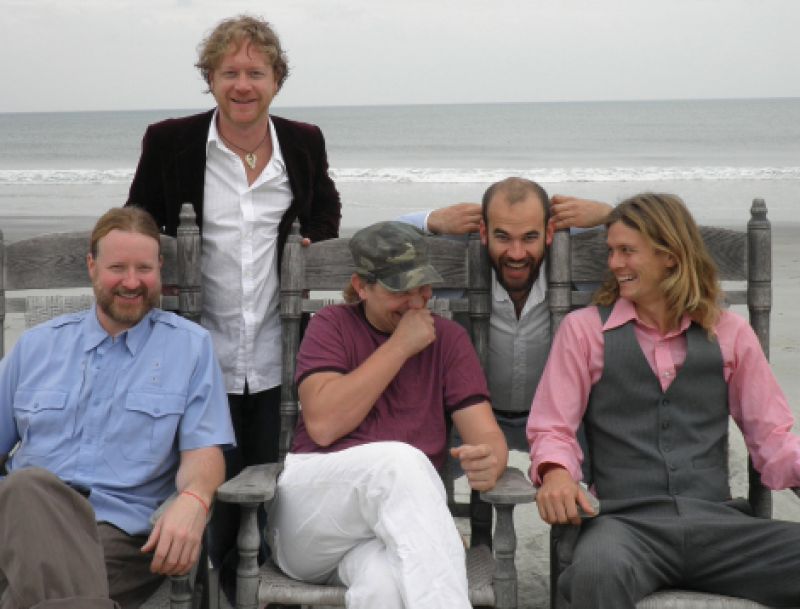 Ward Buckheister (guitar and trombone), Rusty Cole (bass), Wes Powers (drums), Russell Clarke (saxophones), and Joel Timmons (guitar) describe their sound as a “sonic schizophrenia” of rotating lead vocals and instrumentation. Among their primary influences, they cite John Prine, Paul Simon, author Tom Robbins, Afro-Caribbean music, and Southern rock. Songs like “The Cave” could rock the Kasbah, offering an exotic melody reminiscent of the Middle East, while “Stevie Song #3” has reggae-tinged folk flair. Regardless of style, the band’s lyrical content remains wonderfully unpredictable, no doubt due to the presence of numerous singer-songwriters.

Sponsored by Firefly Sweet Tea Vodka, the group released their ninth independently produced work, Watermelon, this July Fourth. If the past is prologue for Sol Driven Train, expect them to continue a joyful and quirky ride down the right track.