Back in the early ’60s, a 27-year-old Alfred Crabtree was toiling away as a chemical researcher with Westvaco, “kind of a troubleshooter with different metals,” he says, in the charming accent he calls “Charlestonese.” As a creative outlet, he began tinkering with metallurgy. By decade’s end, that hobby—more fun than his desk job—had lead to a new career in conserving and restoring metals, from centuries-old silver serving ware to light fixtures to menorahs.

He formally launched the business that’s today called “The Brass and Silver Workshop” from a house his uncle built along West Ashley’s Saint Andrews Boulevard, using largely self-taught skills to repair treasures for antiques dealers downtown. Locals started bringing their injured heirlooms. And as his reputation grew, so did his client list. Historic churches called as well as governor’s mansions and museums up and down the East Coast, including The Charleston Museum and its historic houses, North Carolina’s prestigious Museum of Early Southern Decorative Arts, and Historic Charleston Foundation. That last organization honored Crabtree in both 2007 and 2011 with the Samuel Gaillard Stoney Conservation Craftsmanship Award for his decades of expert work.

“Because of what I do, I get to handle pieces that most people only see through glass,” says the artisan, who also owns The Silver Vault on King Street with his wife, Charlotte, selling the gleaming antiques that they study passionately. Having himself crafted the last piece of Charleston silver to be made in the 20th century—a blue-cheese bowl that he presented to The Charleston Museum—he’s not only helped preserve the city’s existing decorative arts but also added history to her collection.

➼ Museums: They have newly acquired antiques restored and lacquered and collections cleaned and polished.
➼ General public: Folks bring stunning heirloom silver and everyday brass alike.
➼ Contractors: While working on historic buildings, they have needs large (repairing and re-hanging 85-pound, 134-year-old lanterns) and small (fabricating hardware).
➼ Churches: Crabtree has worked on many massive light fixtures as well as weather vanes, menorahs, and more.
➼ Anyone & everyone: A Mrs. America crown, medical anodes, a historic seal at The Citadel—he’s done it all. 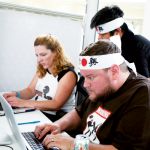 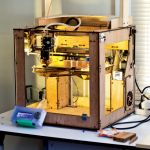