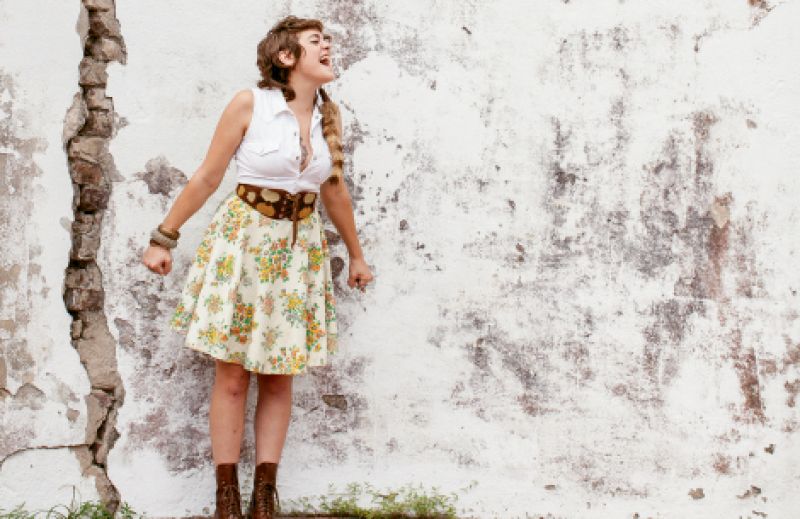 Authenticity is the first thing to love about the artist who performs simply as “Rachel Kate.” The stage persona whose music swings from PJ Harvey-style punk tension to melodic Americana folk is the same woman on the street. The persona is not a persona, but the charismatic article in the flesh.

“I try to constantly create art—audible, visual, interactive—anything and everything,” says Rachel Kate, whose magnetic stage presence is complemented by her hand-sewn style of dress. The Nashville native has made a name for herself as the former vocalist for The Shaniqua Brown and current Local Honeys sideman. But September 1, she releases her first solo album.

Recorded at Jam Room in Columbia, Rachel Kate With Love and Hate features Adam Cullum (accordion); Brad Edwardson (bass); Steve Sancho (drums); Diego Villena (cello); and Sarah Bandy, Esme James Dailey, and Stephanie Underhill (backup vocals). “I wanted to make sure each song was dynamic as the last, which gave a lot of them a real theatrical feeling,” she says. Standout tracks such as “This Institution,” with a haunting cello and accordion soundscape and reflective lyrics, accomplish her aim. Other examples include the quirky polka number “Oh My God” and “Nobody’s Fool,” a hard-driving track with an epic, big-sky quality. Hear them live September 14 at the Charleston Music Hall album release show.