Zen in Their Own Backyard

Zen in Their Own Backyard
WRITER:
Anna Evans
Learn how one couple turned a suburban green space into an Asian contemplative garden


Raking the gravel or sand of a Zen garden into rippling-water patterns is “a time-honored exercise in calming the mind—a moving mediation,” says Austin O’Malley. And when he and his wife, Donna, moved into their ranch-style home in West Ashley 18 years ago, the local therapist—also an accomplished player of Indian and Japanese flutes—knew he wanted to create a garden ideal for meditation. Here’s a look at how they did it, with design guidance from landscape architect Brenda Stone of Stone Garden & Home Design:

1. Built a backyard Zen garden. With assistance from landscape designer Douglas Hihn, the O’Malleys installed a 30-by-35-foot “dry landscape” comprised of granite gravel surrounded by a French drain. Several times a week, Austin uses a custom-made tool to rake the gravel into a wave pattern around three large rocks that represent mountains or islands in the “water.”

2. Embraced Asian plants. When the O’Malleys moved in, azaleas and camellias—Southern favorites with Asian origins—were already present, plus a stand of running bamboo they allowed to grow into a natural privacy fence on one side of the house. To the front and back yards, they added Japanese snowball bushes, golden bamboo, Japanese maples, fatsia, and more.

3. Brought in pops of red. A lacquered bench rests on one edge of the Zen garden, and for either side of the house, Austin built a torii gate—a structure that in Japanese culture “serves as the division between the physical and spiritual worlds,” he says. They’re painted vermillion, believed to block evil spirits.

4. Accented with statuary. The O’Malleys have purchased a number of century-old statues over the years—including a koi, a pair of water buffalo, and several Buddhas—sourced from China by antiques dealer William Musser, whose wares can be found at Encore Interiors in Mount Pleasant.

5. Began stone stacking. In 2015, the couple started to experiment with building towers of rocks around their landscape. Practiced by Asian monks, “the art of balancing stones is uplifting for the stacker, as well as for those who pass by and take the time to notice the creations,” says Austin. 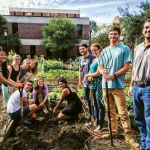 Load up on inspiration, information, and plenty of plants at events around town 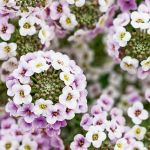 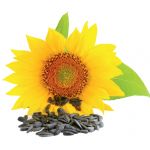