Worth the Journey
May 2017
WRITER:
Lauren Johnson 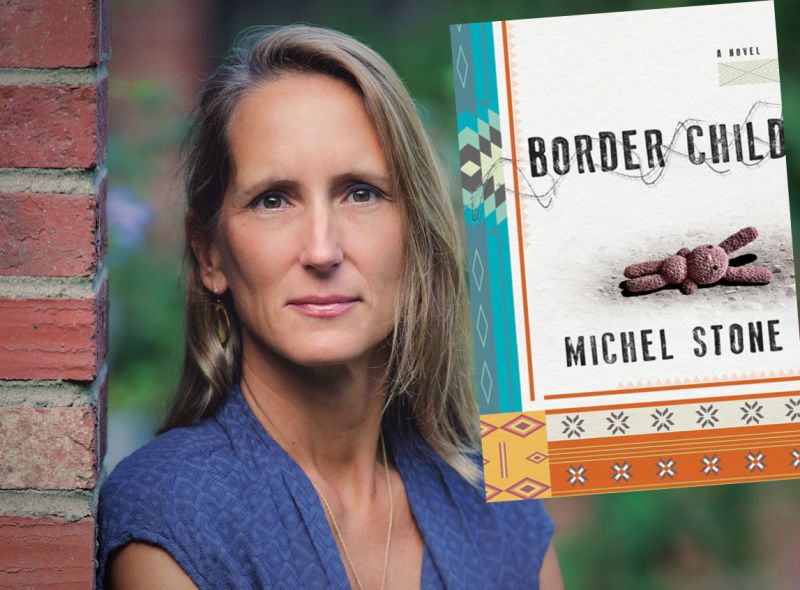 If you got swept up in Michel Stone’s debut novel, The Iguana Tree, circa-2012, then you’ll be pleased to know that last month, the John’s Island-raised writer released a follow-up: Border Child. Haven’t read either one? Then you have two new tomes to add to your summer reading list.

For main characters Héctor and Lilia Santos, la línea marks more than just the boundary between their native Mexico and the United States; it divides a privileged world of education, technology, health care, livable wages, and dreams from a dingy village life where chickens squawk through kitchens, the pharmacist and the priest own the only phones in town, pride is swallowed to earn a peso, and the stink of burning trash perpetually wafts.

In The Iguana Tree, Stone (now a Spartanburg resident) charts the couple’s attempt to immigrate illegally to the United States with the help of human smugglers—and then the snuffing of their dreams when the “coyote” entrusted with their infant’s crossing turns predator.

The sequel finds the family struggling to again cross the border in search of their daughter, missing now for more than three years. While Lilia must quiet her guilt-ridden fears as she cares for their young son and worries over the fast-approaching birth of her third child, Héctor wades through the corrupt underbelly of Acapulco, swiftly deflecting an onslaught of greed, peril, and wrenching loss.

What are parents willing to sacrifice for their child’s better life—money, morals, security, proximity? Though her resolutions at times seem almost too crisp, Stone deftly draws readers into the heart of her characters’ hopes and despairs, shining a humanizing light on the divisive subject of immigration.