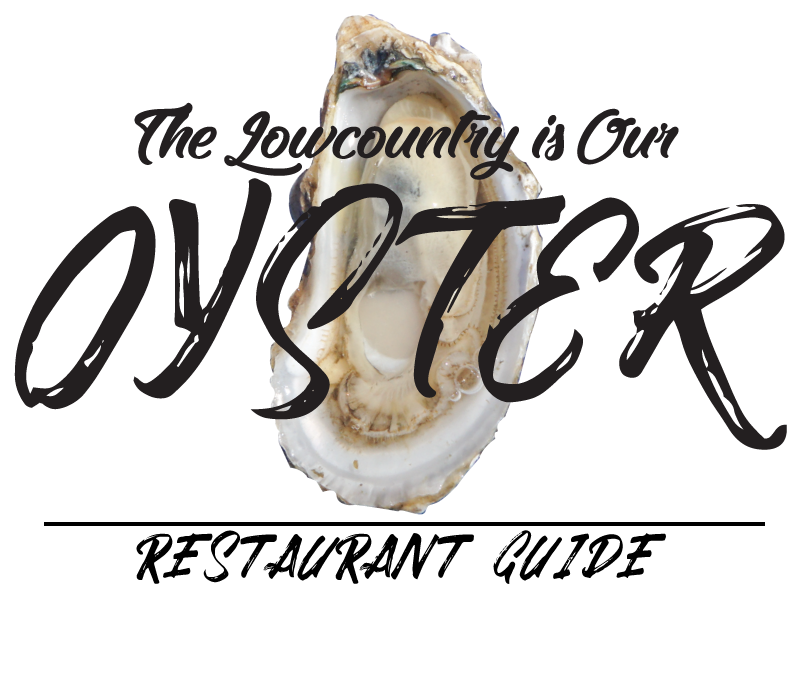 Sip some bubbly while you wait in line for seats at this immensely popular seafood bar dedicated to local sourcing. Oysters are available on po’boys or at the raw bar by the dozen. Bonus: their ceviches really shine.

Don’t let the lengthy menu over¬whelm at this sprawling island favorite. For breakfast, order the Rockefeller, which marries fried oys¬ters with eggs Benedict. For brunch or dinner, the fried oyster basket with hush puppies will do just fine.

Every October through April, Art’s offers all-you-can-eat oyster roasts for $17.99 per person from 1 to 7 p.m. on Saturdays and Sundays. The Bulls Bay clusters are sourced from the Mag¬wood family, who have been harvest¬ing oysters for many generations.

Enjoy a cocktail on the upper deck overlooking the expansive Intracoast¬al Waterway, then head downstairs to feast in the weathered, nautical-themed dining room or back porch. Splurge on the seafood tower to add snow crab and cocktail shrimp to your oyster experience.

A fourth-generation local secret until it won a James Beard Award in 2006 as an “American Classic.” The rustic restaurant burned to the ground five months later, but the family rebuilt, and now you can enjoy classic oyster roasts, seafood galore, and stunning sunsets on the waterway.

Oysters make a regular appearance on the menus of this marsh-side retreat with views of the Yorktown battleship, the Ravenel Bridge, and the harbor. Get them fried with malt vinegar fries and charred lemon, or splurge on the seafood tower.

Follow the neon fish down a brick alley off John Street into this vaulted, transformed warehouse and marvel at the blowfish pendants as you peruse Coast’s vast menu of fresh seafood offerings, including ceviche samplers, hot oysters Rockefeller, and chilled raw half-shells served with a zesty herbal mignonette.

Local oysters frequently make the chalkboard lineup at this packed King Street eatery that tempts pass¬ersby through the large window of its 19th-century storefront. The raw bar is a popular gathering spot, but if you demand your bivalves cooked, try The Darling’s baked oysters with butter and bread crumbs, Alabama white sauce and bacon, or pimiento and sourdough soppers.

Historic nautical images line the walls of this retired naval building, one of downtown’s only harbor-front eater¬ies, with an indoor-outdoor bar and ample deck. Get your oysters chilled on the half shell, fried and served over grits with applewood-smoked bacon and Southern Comfort barbecue sauce, fried on a fresh salad, or—for the espe¬cially hungry—fried on a platter.

This family-run restaurant serves up Southern staples with an empha¬sis on fresh seafood. Oyster shells dangle artfully above booths, and the bivalves come on the half shell or fried. Bonus: pickled collard slaw and individually tailored “gourmet grits.”

A classic and timeless fish house in a beautifully restored turn-of-the-century warehouse, Hank’s is a go-to for oyster lovers. Half-shell trays and seafood towers showcase local beauties, but you can also choose oysters fried with pickled okra and Lowcountry relish, broiled with Asiago and smoked bacon, grilled with crispy Andouille and red wine mignonette, or folded into a chowder-style stew.

Chef Patrick Owens converted an unassuming strip-mall space into a sleek and polished venue that locals swear by. Choose from the excellent wine list as you decide whether to eat your oysters Rockefeller-style, on the half shell with various sauces, or bet¬ter yet, the daily “chef ’s inspiration.”

A brilliantly reconceived auto-body shop lined with an expansive bar counter, Leon’s serves oysters raw, char-grilled with Parmesan and pars¬ley, casino-style with piquillo peppers and bacon, or fried either as a platter or in a sandwich with comeback sauce. Bonus: soft-serve for dessert.

Three elegant floors make up this steak house that also serves up large selects on the half shell and deli¬cious oysters Rockefeller a la carte. Round it out with some lobster mac-and-cheese and your cocktail of choice.

Polished, elegant, and arguably one of Charleston’s most romantic fine dining venues, even the velvet-lined walls of Peninsula Grill’s formal din¬ing room glow with an oyster’s hue. It’s the adjacent dimly lit Champagne bar where you’ll want to tuck in for oysters offered three ways: classic Casino- or Rockefeller-style, or on the half-shell with a champagne mignonette (but of course).

In 2001, cousins Travis and Ryan Croxton launched an oyster-farming business in Virginia and later opened an on-site restaurant with fresh, elevated cuisine. The response was so great, they have since expanded to D.C., Richmond, and Charleston; (there’s even one planned for L.A.). Hit up the copper-lined bar to sample an array of oysters, either grilled, folded into hot chowder, or served raw with sauces so popular the restaurant is planning on bottling them for sale.

Watch shrimp boats dock and dolphins surface as you devour a bucket of local steamed oysters or lightly battered fried “oysters & chips” washed down with ice-cold beer at this no frills, rustic creekside favorite. Bonus: an open upper deck for cocktails and stunning sunsets.

Two or three oysters rotate daily at the raw bar of this intimate com¬munity wine bar. Chef-owner Eric Milley’s ever-evolving menu is small but mighty, and his happy-hour deals lure the locals.

In the former Shem Creek Bar & Grill, this sprawling fish house with a large deck and social dock along the creek serves up oysters on the half shell; grilled McClellanville-style with garlic butter, bread crumbs, and Parmesan cheese; and fried on a platter with waffle fries and coleslaw.

Come for the views and stay for the food. Try the Eagle Points on the half shell har¬vested by Jeff Spahr near Bulls Bay (he sees bald eagles a lot up there, thus the name). Spahr loves the fire-roasted twist on his oysters, topped with Chinese sausage, braised spinach, and ginger aioli.

The newest offering by Langdon’s esteemed chef, Patrick Owens, this comfortable but stylish eatery marries open hearth cooking with fresh seafood. Wood-roasted oysters appear in seasonal preparations, or you can hit up the raw bar for a cool dozen and wash them down with a dirty martini.

THE WRECK OF THE RICHARD & CHARLENE
106 Haddrell St., Mt. Pleasant

Meander through the back roads of the Old Village to find this quintessential seafood shack, a local favorite. The Wreck serves its oysters strictly fried, but sometimes the old-school, no-frills experience is what we crave—a filling platter with red rice, coleslaw, hush puppies, and fried grits.