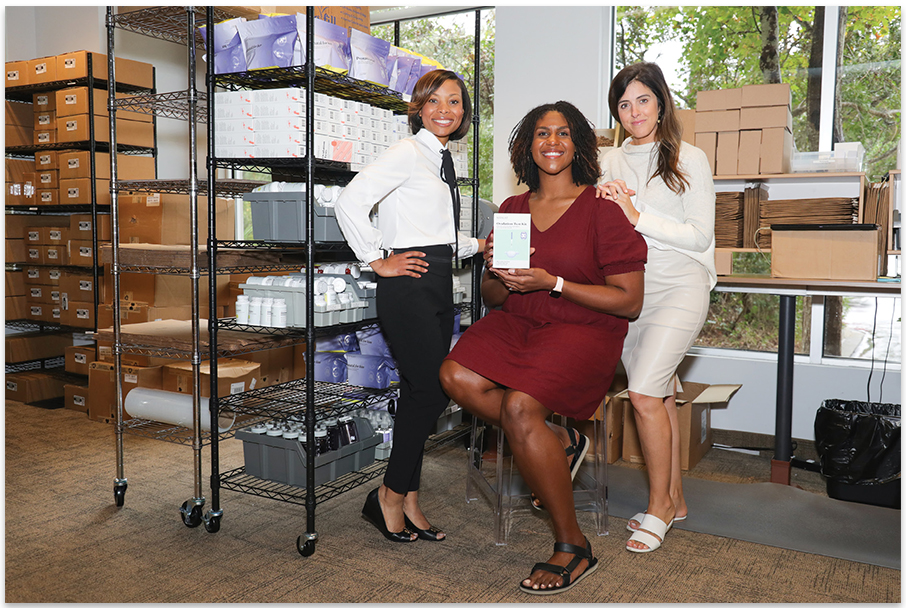 Forty weeks is the typical gestation period to grow a human, but for many women, including Halle Tecco, the pregnancy journey begins long before. For Tecco, it took four long, frustrating years of trying to conceive, “and a lot of science,” says the mom of a now four-year-old son. On the upside, her experience navigating fertility hurdles, including a slew of uninspiring, confusing consumer products and “a sea of junk science” on the Internet, birthed a company, as well as a little boy.

Tecco, who holds a Harvard MBA and a master of public health from Johns Hopkins, launched Natalist in late 2018, after she and her young family moved to Charleston to be closer to her in-laws. In less time than it took Tecco to conceive, the start-up has become a leader in the women’s health aisle, offering an array of snappily designed, ecologically friendly, science-driven conception and fertility products catering to the millennial woman. “I wanted to remake the pregnancy and fertility aisle to be more centered on the woman’s experience, with more empathy and care,” says the 38-year-old seasoned investor, who founded the Rock Health venture fund and taught at Columbia Business School.

“Motherhood is our superpower,” the company’s website proclaims, and the Natalist team of eight, including Vernita Brown as CEO and local ob-gyn Kenosha Gleaton as medical director, has quickly become a superhero for those trying to conceive (TTC in fertility shorthand). A year ago, Natalist ovulation tests, pregnancy tests, and prenatal supplements, among other TCC products, could be found in 300 retail locations as well as online. Today, that’s exploded to 6,000 locations—including huge retailers like Target, Whole Foods, and Safeway—in every state.

That impressive growth caught the eye of Everly Health, the women-led health-care parent company of Everlywell, based in Austin, Texas, which acquired Natalist in late October. The eight-figure, all-cash deal positions Natalist, whose team will stay on and remain Charleston based, to expand even further. While the trajectory from start-up to acquisition came much faster than anticipated, it “made a lot of sense,” says Tecco. “Our vision and values align well with Everly, and we know we can go a lot farther together.” In the merger, Tecco becomes executive vice president of women’s health strategy for Everly Health, and Brown’s title shifts from Natalist CEO to vice president of growth, with Gleaton as medical adviser.

“Now that we’re part of a larger company, our team will be well capitalized to expand and meet our larger goals and cover even more ground. It’s really a dream come true.” —Vernita Brown, Natalist vice president of growth

As any new mother (or father) will attest, there’s no way to adequately prepare for becoming a parent, and for Tecco, the same has been true for launching a business. “I had only started a venture fund before—never a physical company with actual products and customers. As an investor, I was always one step removed, but with a start-up, there are so many micro-decisions that have to be made on a daily basis, and you have to move really fast. It’s different from pregnancy when there are key milestones measured in each trimester; when it’s your business, it’s all up to you and your team to decide which direction to go, which often results in a comedy of errors,” she says. Like the time a product designer transposed one digit in their phone number on a label, and all calls went to Life Alert (think “Help, I’ve Fallen and Can’t Get Up” ) instead of Natalist’s Daniel Island headquarters. 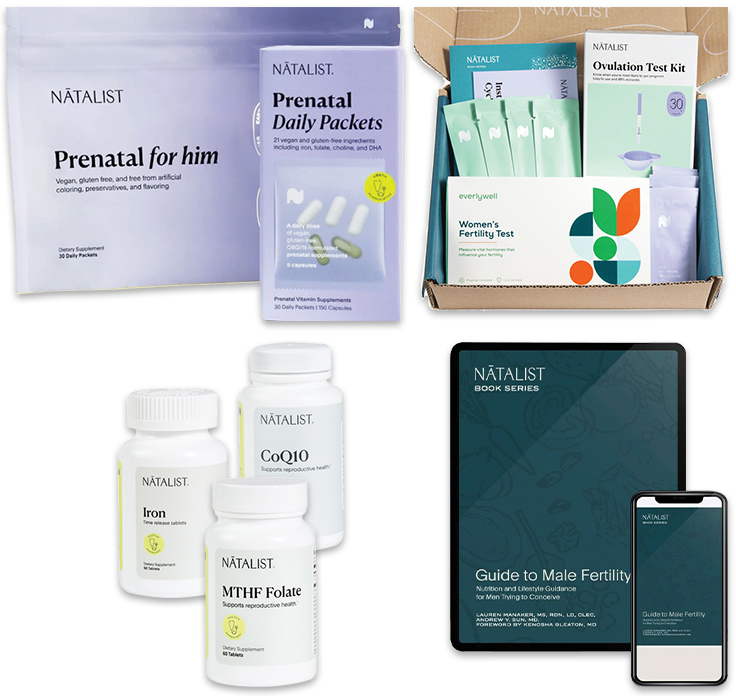 Tecco says one of her best decisions was stepping aside for Brown to take the CEO role. “Vernita is so steady and keeps things balanced. She’s brilliant at building culture, which is where my talent ends and hers begins.” The fact that Natalist is women-led, with a Black CEO, is not insignificant, for Tecco, Brown, and for Everly Health. “It’s rare in Silicon Valley to have a women-led venture company, and very rare in Charleston,” says Tecco. The deal to acquire Natalist is “something to celebrate,” adds Everly Health CEO Julia Cheek, noting how unusual it is for a female-led company to buy a start-up led by a Black female CEO.

But to Brown, mom to a three-and-a-half-year-old daughter, the deal is all about furthering Natalist’s mission. “We’ve always wanted to be a one-stop shop for women on the conception and pregnancy journey. Being incubated in Everly Health is going to help us deliver on that and more,” Brown says. “Now that we’re part of a larger company, our team here in Charleston will be well capitalized to expand and meet our larger goals and cover even more ground. It’s really a dream come true.”

Natalist At a Glance
Founded: 2018
Start-up investment: $5 million
Growth: The retail footprint has grown from 300 to nearly 6,000 brick-and-mortar locations in just the past year.
Sold: 2021
Learn More: natalist.com

>>RETURN TO THE MAIN ARTICLE