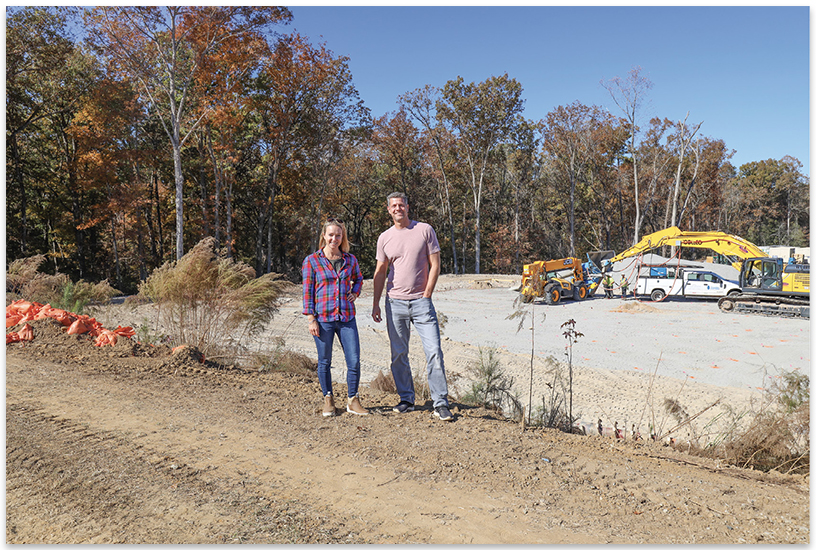 After a high-powered career during which he headed up finance and mergers and acquisitions for Bayer Corporation in Europe and North America, Marc Fetten decided in 2017 that he’d finally take it easy. His retirement, however, lasted all of a week, he says. “I didn’t like it at all.”

For his next act, Fetten wanted to do something different. He’d become aware of the possibilities of renewable natural gas, or RNG, through his most recent project—owning and running Bushy Park Industrial Complex in Goose Creek for 10 years. “It familiarized me with the sheer volume of energy industrial processes consume, and as a result, the importance of converting these applications to renewable energy,” Fetten explains. And having grown up in Europe, which embraced the technology a generation ago, he knew it was only a matter of time before the industry took off stateside in response to consumer demand for all things sustainable.

And so, in 2018, GreenGasUSA was born. Today, Fetten’s start-up, based in Park Circle’s Garco Mill, captures methane gas emitted from existing sources, such as farms and wastewater treatment lagoons, and sells it to businesses to displace fossil fuels. (Fact: the most harmful greenhouse gas, methane traps 25 times more heat than CO2. It’s also essentially the same as natural gas, making up some 90 percent of the stuff we use to heat our homes.) 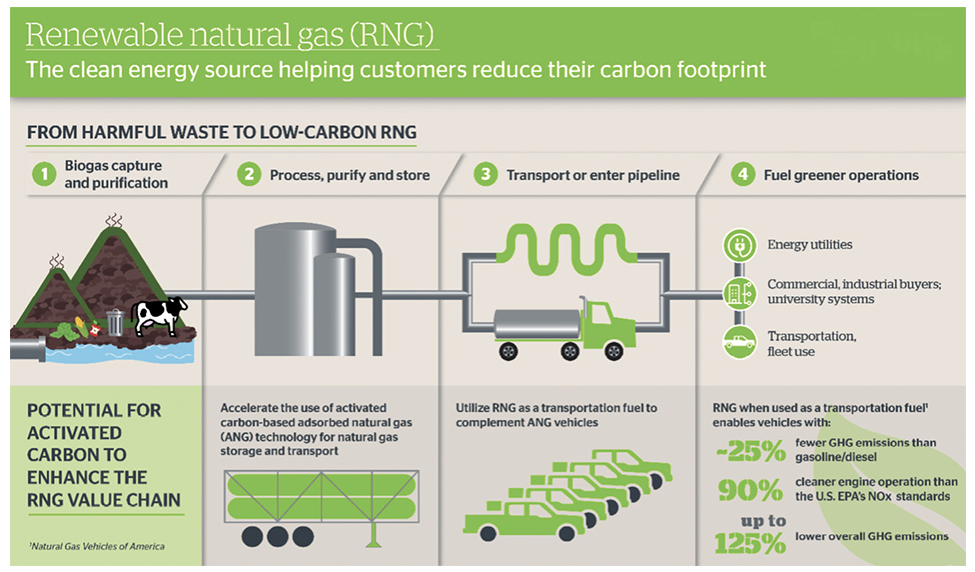 Sounds simple, right? In theory, yes, but getting there in a world built for fossil fuels—not so much. After buying a small company that transports compressed gas, which would come to be the linchpin in the whole process, Fetten hired Becky Atkinson, a chemical engineer by training, as president in early 2021. Having managed Volvo’s plan for its Ridgeville plant to achieve carbon neutrality by 2025, Atkinson had seen firsthand the lack of renewable energy options in South Carolina. “I had a Swedish person say to me, ‘Becky, why are there not solar panels everywhere? It’s always sunny in South Carolina.’ It’s a good question,” she says. “We don’t have turbines here, we don’t have hydro online. So your options are narrow.” For Atkinson, the added bonus of helping to eliminate waste was a win-win. “We’re capturing a wastewater stream and doing something with it. It’s hard to understand why anyone wouldn’t want to do this.”

“We’re capturing a wastewater stream and doing something with it.” —Becky Atkinson, GreenGasUSA president

For its first project, GreenGas partnered with Effingham-based vegetable canning operation McCall Farms to harvest methane from its wastewater lagoons. In simple terms, a pond is covered, enabling the company to capture its emissions and remove gases other than methane using an aerobic digester—and voila, RNG. The methane captured at McCall Farms is the equivalent of emissions from 40,000 passenger cars per year. GreenGas then compresses the gas and trucks it to Georgetown, where it’s flowed into Dominion Energy’s pipeline. Nabbing this “injection point” at the end of the line was a coup. “We own the only pipeline injection point in South Carolina,” says Atkinson. “A lot of RNG developers don’t have a way to do something with the gas. You can run around to the farms and clean it up, but you have to put it somewhere.” 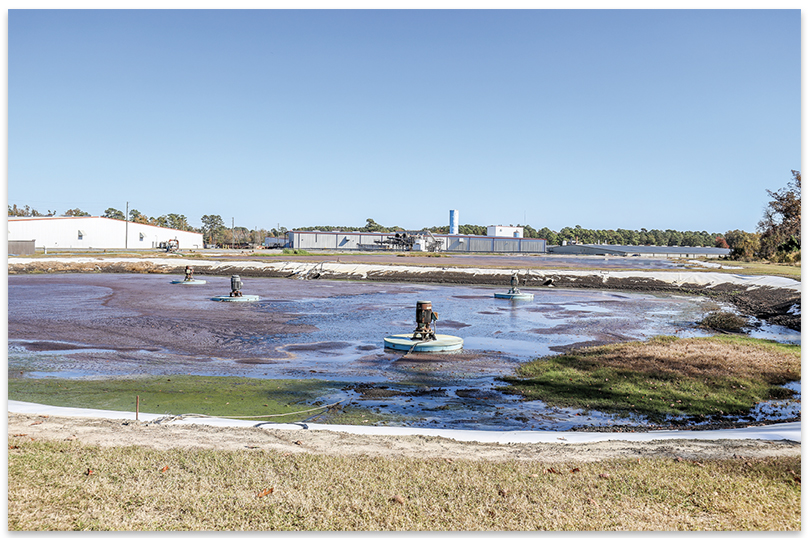 GreenGas meters the amount of renewable gas that it injects into Dominion's pipeline and allocates the offsets to its customers through third-party verification processes, including the Gold Standard, an independent organization that sets global standards for climate interventions. So far, those customers are Berkshire Hathaway, Duke University, and Enviva, all of which buy GreenGas’s renewable natural gas to replace fossil fuels to meet their ambitious carbon reduction goals. 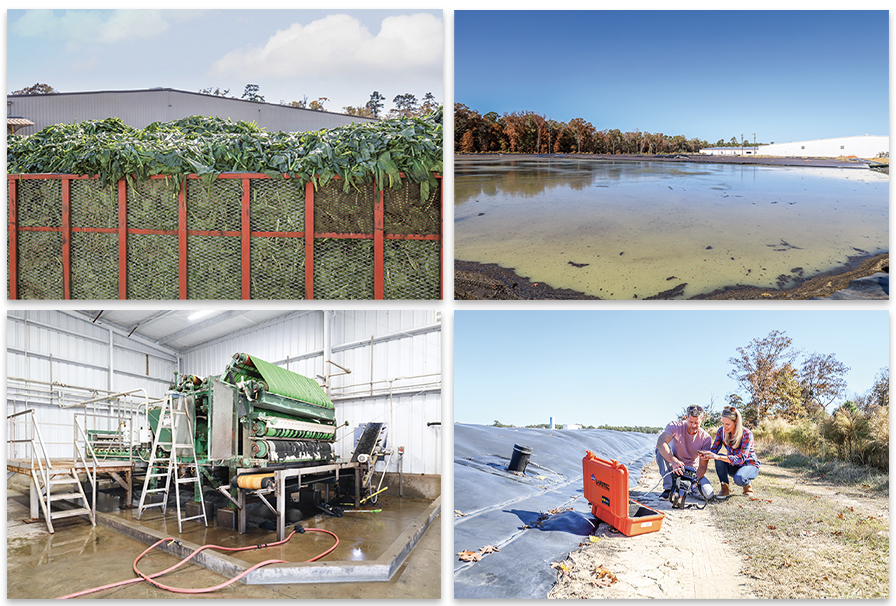 Clockwise from the above left: Harvested vegetables are delivered to McCall’s canning operation; Vegetable waste not suitable for consumption ends up in a wastewater lagoon. Organic matter decomposes and produces methane, the most harmful greenhouse gas; GreenGasUSA covers lagoons to capture greenhouse gases. Here, Atkinson and Fetten test the gas composition for quality and consistency; The gases from the lagoon are purified into a fuel called renewable natural gas, or RNG. Organic matter is collected from the bottom of the lagoon, pressed, and used as fertilizer for agriculture. The methane captured at the project is the equivalent to the emissions from 40,000 passengers cars, per year.

But that’s just the beginning. Atkinson and Fetten are always looking for new sources of methane from across the country. One possibility is working with the South Carolina Department of Agriculture to partner with small farms. “There’s a social justice component to it. There’s less gas, but we should still be doing it,” says Fetten. “We come in and say, ‘See that waste pond over there? We’re going to cover it and clean it up, then we’ll sell it and split the profits.’” Meanwhile, the 25-employee start-up is on a hiring spree. “We hope to be close to 80 employees in the next few years,” Fetten says. “We want to grow nationally. We love being in the Southeast, but the call for this is so much bigger, and we have to answer.”