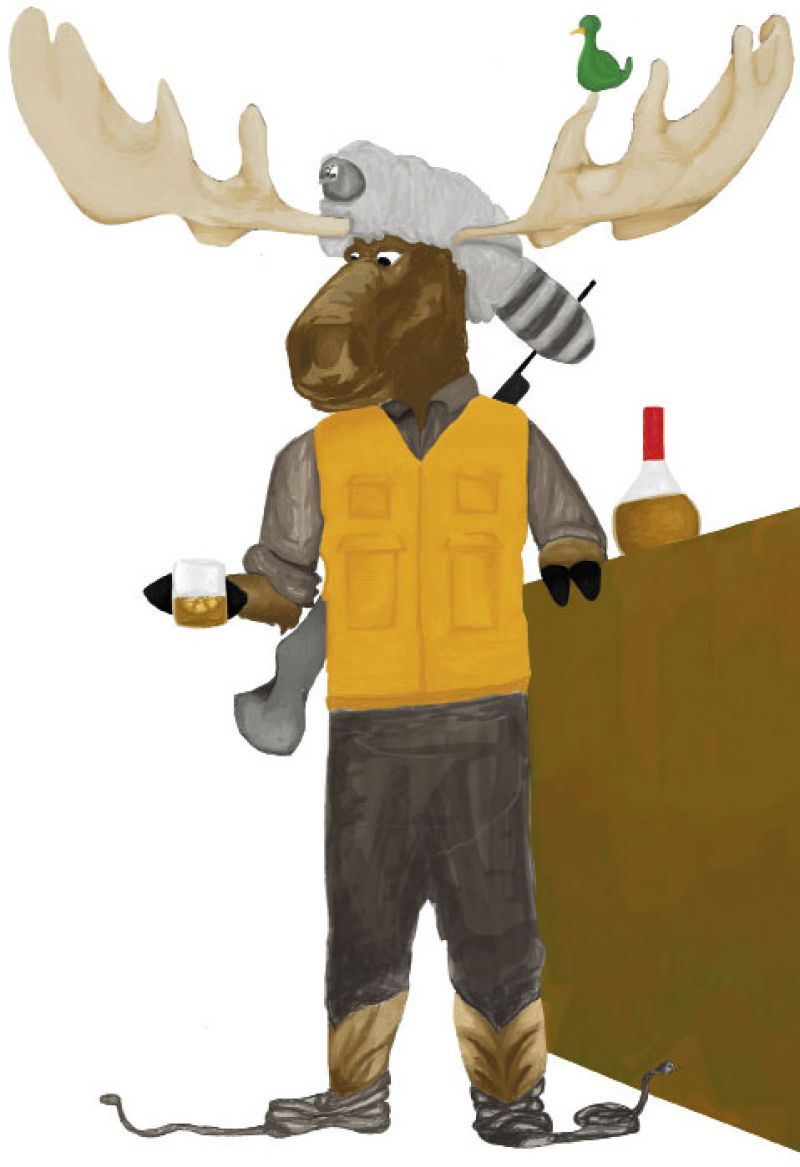 February is Southeastern Wildlife Expo time, and let me confess—I loves me some SEWE! No, it’s not chichi like Spoleto, but how can you not admire this crowd? Every year, decade after decade, they return—dressed like duck hunters, big-game guides, and the Brits of Colonial India—with two goals in mind: to drink this town dry of brown liquor, beer, and house wine and to track down that one print of that one duck doing that one thing that they don’t already own. These are my people.

If you’ve never attended SEWE, you need to get busy. The head honcho is Jimmy Huggins, a Vietnam War Huey pilot, and any guy who’s flown gunships in wartime knows how to throw a party. The artwork on display highlights many of the finest artists in the world—painters, sculptors, photographers, custom-gun craftsmen, wood carvers, and taxidermists—and the events range from art lectures to dog shows to one monster-sized exhibit and activity area. Sure, some folks might prefer meeting the modern artist who nailed a toilet to a wall, but I personally prefer speaking with the wildlife artist who managed not to use the toilet when he stumbled onto a grizzly eating an elk.

One tried-and-true method for maximizing SEWE fun is to spring for a Benefactor badge. Not only does it ensure you’re never more than 20 yards from an open bar, but it gets you into all the swanky events, including the SEWE Soirée. I’m not sure how Mr. Huggins pulls off this fête time after time, given the eclectic group of chefs and cuisine involved, but it’ll be your only chance this year to stuff yourself with alligator, rabbit, moose, and unicorn. Add to it the free pours and a band that can shred some Earth, Wind, & Fire, and I’m betting even Gian Carlo Menotti would’ve had a good time.

If you’re going to attend, though, you need to know some ground rules. First, there’s appropriate dress. The idea is to look like you’re going to an oyster roast, but one where a duck hunt may break out. If you look in the mirror and see a Marine sniper, you’ve gone too far. If you’re wearing something other than earth tones, you haven’t gone far enough. Brush pants are okay, but snake boots would be over the top. Hats are a plus, but only one that wouldn’t give away your position if you were stalking a moose. If in doubt, Google “Higgins, Magnum, P.I.” and dress accordingly.

It’s also important to understand the rules for interacting with the artists. These are some of the most interesting people you’ll ever meet, but remember that they are trying to make a living and need to be chatting up the people who actually have the money to buy. If you aren’t buying, the following subjects are verboten: a) That time you went to Africa. b) Your daughter who is majoring in art. c) Thomas Kinkade’s mastery of light. d) How much you’d like to buy their stuff but lost all your money in the real estate bubble. e) The fact that “that gun” costs more than your car.

Additionally, there are some points of conversation that are off-limits at any and all SEWE events. First, no matter how dumb Chesapeake Bay retrievers are, people who own them are not willing to admit this—so don’t go there. Second, don’t debate the superiority of European guns versus American guns: People willing to argue about guns generally own guns, and people at SEWE typically have been drinking—an all-around bad combination. Lastly, understand that giving lots of money to waterfowl habitat conservation and vehemently supporting shooting limits, then going to Mexico and blasting 100 ducks a day makes sense to some people. Do not delve into this topic or attempt to discuss its rationale (for the same reasons explained above concerning gun ownership and alcohol).

Now, get yourself a badge, and join the fun at the official opening of tourist season. Please note, however, that this is not an invitation to shoot folks from out of town (unless, of course, you have a license).