What’s in a Name?

What’s in a Name?
December 2011
Word play sets the stage for start-up indie rock band Old You to reach for stardom 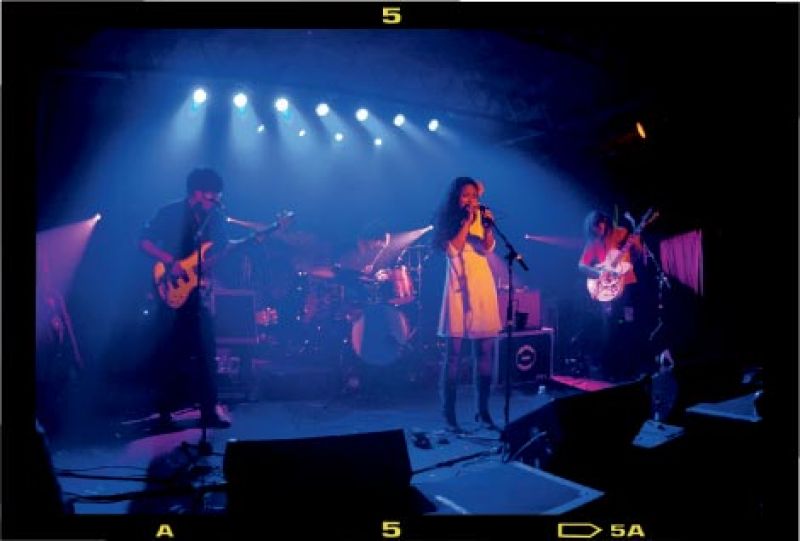 “Old You” was the natural choice when it came time for Young-Mi Feldsott to name her band. “People have always enjoyed playing with the inversion of my name,” she explains.

The California-born and Irmo-raised lead singer met bandmates Caleb Bodtorf (lead guitar/vocals), John Pope (drums/vocals), and Paul San Luis (bass/vocals) in 2008, when they were students at College of Charleston and she was at MUSC. They’ve since been playing venues around town, including regular gigs at the Rooftop at Vendue Inn and Kickin’ Chicken downtown. Their sound is a soulful combination of psychedelic rock and blues, evident in their original songs and through classic covers, such as T-Bone Walker’s “Stormy Monday.” The band books, records, writes, and markets their own music, with plans to drop a self-produced CD soon.

Hot off a Southeastern tour performing with The Futurebirds of Athens, Georgia, and The Bright Light Social Hour of Austin, Texas, Old You hopes to expand their route nationally, focusing on the music festival circuit. “We’ll play music as long as we can afford it,” says Feldsott, “and if it takes us all the way, well that’d be rad.”