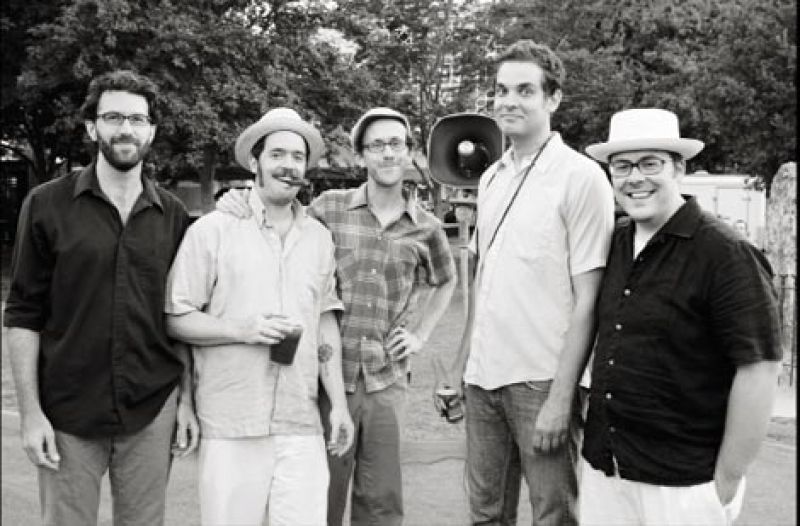 “It’s about feedback and dancing,” says Bill Carson, singer-guitarist of the Charleston-based Garage Cuban Band (GCB), formed in late 2007 as an experiment in bringing a noisier, dance-party approach to traditional Cuban songs written from the 1920s to ’50s.

After batting the idea around for a while, Carson pitched it to fellow musicians Jonathan Gray (Jump, Little Children), Nathan Koci (War Horse), Ron Wiltrout (New Music Collective), and Jack Burg (Punks & Snakes). “I said we should just get a gig and make it happen,” Carson says. Each player assumed a colorful stage name—Wiltrout became “Rongo Bongo;” Berg, “Djembe Djack;” Koci, “Casio Tone Nathan;” Gray, “Juan Gris;” and Carson, “Big Muff Montuno,” a nod to his guitar distortion foot pedal of the same name. Embracing a lo-fi aesthetic, they perform at The Tin Roof and Charleston Pour House, plus special events, and have recorded one EP that includes their Cuban punk version of Michael Jackson’s “Wanna Be Starting Something.”

Relating an experience that captures the essence of the group, Carson recalls an early Pour House show where he got lost in the moment, reveling in the noise and feedback of the band. “I came to my senses expecting the crowd to be bothered by the cacophony,” he says. “Instead, a conga line had formed and everyone was loving it.”