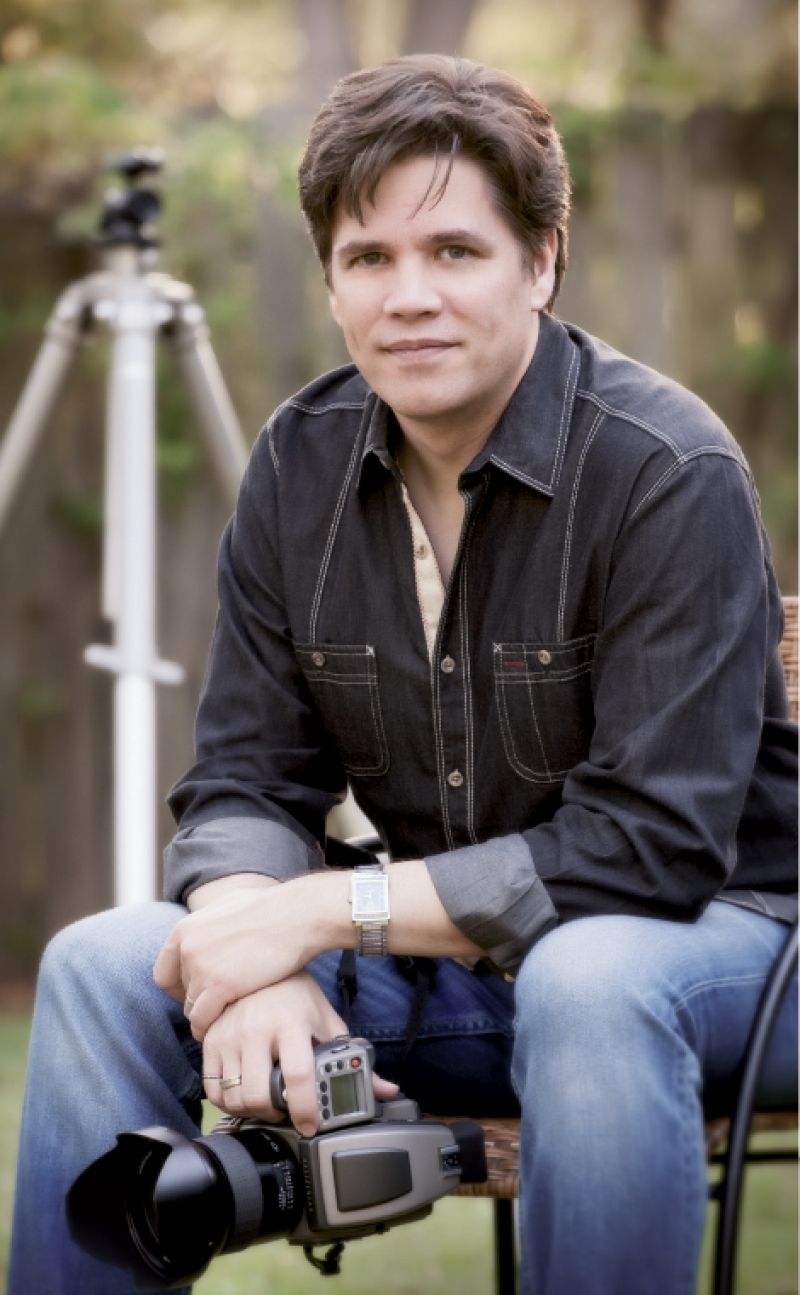 When John Michiels moved from California to Charleston a couple months ahead of Hurricane Hugo, he thought he’d spend a year photographing the city before moving on. But Charleston’s easy Southern charm and historic architecture quickly won his heart, and 23 years later, he’s still here.

By day, Michiels works for PSAV Presentation Services as director of event technology at Charleston Place. But on his own time, he’s a photographer, roving the city with hungry eyes. “I’m always seeing something new,” says the artist. “With changing light and angles, there are so many ways to view the same object. That’s very exciting.”

Represented by the Wells Gallery, Michiels’ images pay homage to early photography masters such as Ansel Adams and Edward Weston. He spent 25 years shooting with film, but in 2006 embraced digital printmaking after studying under John Cone’s Vermont-based Cone Editions. “It displays amazing detail, sharpness, and tonal range,” says Michiels. “My images go back and forth between pictorialism—manipulated to achieve a painterly appearance—and the Group f.64 camp—where everything is sharp, with a full tonal range. Sometimes I combine them, softening areas to steer the eye toward a particular place.”

Michiels offers his work in limited editions—usually 40 to 50 prints that he creates as needed so that he’s constantly reevaluating his work. One of his favorites is from Drayton Hall. “I love that the house has been preserved and not restored,” he notes. “It plays into its mystery.”

Though the photographer prefers architectural subjects showing “the evidence of people,” another beloved image is a portrait of ironworker Philip Simmons. “I was there to photograph his workshop, but he kept telling stories, then picked up his hammer,” says Michiels. “Everything just came together.”

Michiels’ images have been a big draw at the Piccolo Spoleto Outdoor Art Exhibition, where he’s earned eight ribbons, including Best of Show, since 1991. Regardless of the accolades, he simply wants to keep photographing his adopted hometown, capturing the “sense of mystery” he’s found here since the beginning.