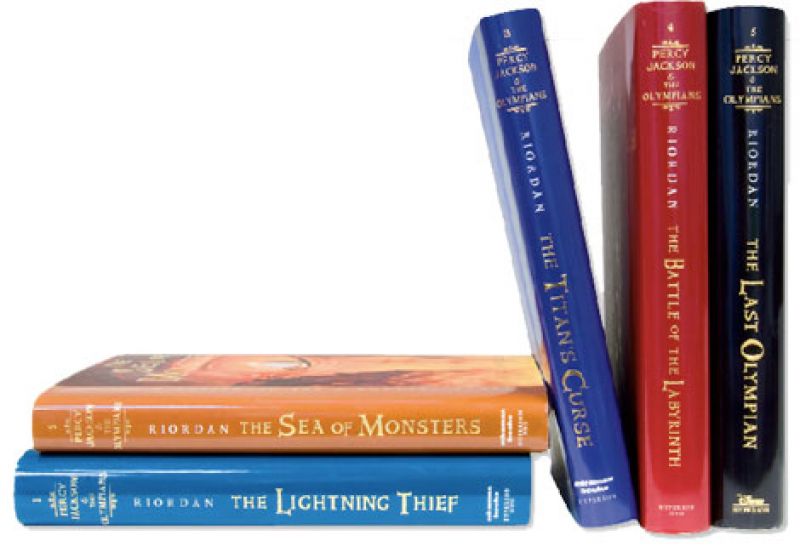 The Last Olympian, by Rick Riordan ($18, Disney-Hyperion, May 2009) The Percy Jackson & the Olympians series tells the tale of a boy who discovers that the Greek gods are no myth. In fact, he happens to be the son of one. Rick Riordan’s books are good, old-fashioned adventure stories with a mythical twist. The riotously narcissistic gods will have you dying of laughter, while noble, self-sacrificing characters will nearly break your heart. In the final book of the series, it’s up to Percy to defy his destiny and save the world. Don’t Judge a Girl by Her Cover, by Ally Carter ($17, Disney-Hyperion, June 2009) If secret missions and midnight sneak-outs are right up your alley, you’ll love the Gallagher Girls series. At Gallagher Academy, extraordinary girls train to be spies. But that doesn’t exempt them from ordinary problems—like crushes on forbidden guys! Ally Carter balances the slightly boy-crazy, effusive voice of a teen with witty references to advanced encryption classes and proper tailing techniques. These cool characters just might have you demanding to be driven to the academy and refusing to leave until you’ve been admitted. In book three, someone is after one of the Gallagher girls, but no one can identify the enemy or his/her motivation. Wormhole Pirates on Orbis 3, by P.J. Haarsma ($17, Candlewick Press, April 2009) P.J. Haarsma’s Softwire series blends outer space with cyber space. It all begins when JT arrives on the Rings of Orbis. There, he discovers his ability to manipulate computers with his mind, possibly saving the Rings from ruin. It’s a bit much for readers new to sci-fi, but the exciting story, full of near-deaths and malicious aliens, will win you over. If you already know JT, prepare for romance, a dangerous new sport, and the return of an old enemy in this latest installment. —Jacquie Calloway