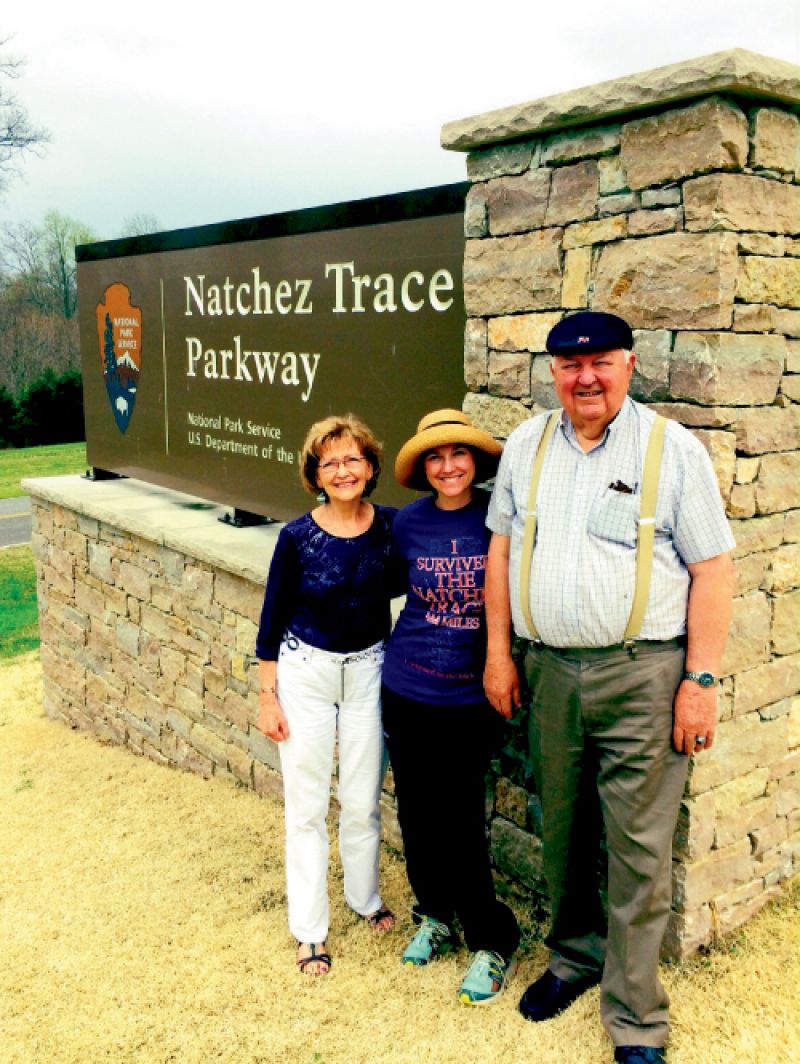 On January 15, Not Without My Father: One Woman’s 444-Mile Walk of the Natchez Trace hit shelves, both ending and beginning a long journey for author Andra Watkins.

The book chronicles the 34 days last spring that the Charleston resident spent walking the Natchez Trace, a centuries-old passage from Natchez, Mississippi, to Nashville, Tennessee. The purpose of the adventure? To launch her first novel, To Live Forever: An Afterlife Journey of Meriwether Lewis, which catches up with the explorer—remembered for his role in the Lewis and Clark Expedition—in an afterlife realm where he’d been idling since dying along the trace in 1809. “I’d always been fascinated by Lewis and was interested in the mystery surrounding his death,” says Watkins. In the fantastical tale, he helps a young girl flee from New Orleans to Nashville, battling some of his own demons along the way.

Watkins knew she needed a companion with whom to travel the trace, and her 80-year-old father, a supreme chatterbox plagued by health problems, proved the only candidate for the job. Sharing close quarters with him was about as difficult as walking 15 miles a day on blistered, bleeding feet, but also provided a valuable chance to reconnect. “By the third week, I realized I could write a book about the experience—that I had a story that could encourage others to make memories with people in their lives,” says Watkins.

She dubbed the tome Not Without My Father and is debuting it with a “Make a Memory” campaign, urging folks to invite friends and loved ones via social media (#MakeaMemory) to do just that, “turning ‘I wish I had’ into ‘I’m glad I did’ before it’s too late,” she says.

Watkins is signing Not Without My Father at Blue Bicycle Books on February 3 from 5 to 7 p.m. Learn more at www.andrawatkins.com.