The year 2040 is suddenly not so far off

The year 2040 is suddenly not so far off
January 2014
WRITER:
Stephanie Hunt
The future of Charleston is being shaped now. By whom? And how? And—grab your Google glasses for this one—will we be ready? 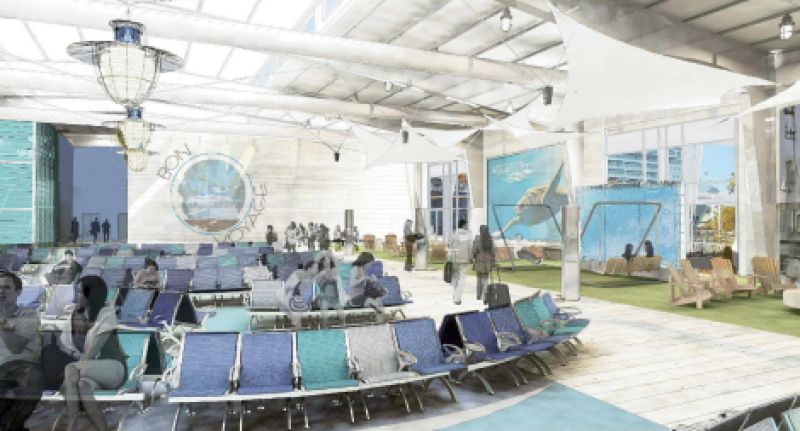 “Where history lives” proclaims the Charleston Convention and Visitor Bureau’s city slogan. This is true. History does live here, and everywhere for that matter, but here in historic Charleston, it’s living pretty high on the carriage horse. History, for much of our recent and past history, has been this region’s bread and butter—our draw, our benchmark and baseline, our chapter in school textbooks, our pride, and sometimes our shame. Yet even those less glamorous (or even humane) parts of our past can be translated into tourism and educational benefit, a point that the recently revitalized plans for a forthcoming $75-million International African-American Museum make clear.

Despite our storied and patinaed past, Charleston can no longer bank on the afterglow of days gone by, and by many accounts, we’re not. Historic preservation may be our backbone, but a forward-leaning progressiveness is our new posture. There’s much more than plans for another museum on the horizon for the region. The list of significant and arguably transformative projects that, barring unforeseen disaster, political upheaval, or economic recapitulation, will come to fruition in the next five to 10 years is almost mind-boggling.

“I don’t think it’s a stretch to say that someone coming back to Charleston five years from now might not even recognize this place,” suggests Steve Warner, Charleston Regional Development Alliance vice president of Global Marketing and Regional Competitiveness.

What’s more, this building boom is taking place within the context of an unprecedented changing of the guard in positions of power and leadership. A new mayor for Mount Pleasant took office in November, and after nearly four decades of Riley’s reign, the City of Charleston will pass the torch in the next election cycle. Combine that with new presidents for College of Charleston and MUSC, and the potential—some say likely—merging of those institutions, and the picture of what the greater Charleston region will look like in, say 2030 or 2040, suddenly becomes, well, a bit blurry and hard to envision.

A wise (anonymous) soul once said, “The best thing about the future is that it only comes one day at a time.” In these high-velocity days, however, that notion seems quaint and antiquated. The future seems to be hurtling toward us more rapidly than ever. Today’s vortex of technological advancement and dizzying digital overdrive means that for many of us, the speed of “next” is accelerating faster than we can keep pace. Our gadgets and devices are outdated by the time we figure out how to use them. Our kids are grown and out of the house before we can rescue the kindergarten pictures from some obsolete hard-drive. In the larger scheme, regional five-year plans from more than five years ago languish on office shelves. Circumstances change, priorities shift, funding lags. Perhaps the only sure thing about the future is that it is never exactly what we expect. But that doesn’t stop us from trying to imagine it.

So what will Charleston look like in the next quarter of a century? Who is doing the work, the dreaming, the research, the planning, the plowing, the investing, the risk-taking now to chart our course toward 2040, and beyond? In this “Fast Forward” look at what’s on the Charleston horizon, we highlight intriguing innovations and ground-breaking research. We offer insight from experts who have credible crystal balls, and we introduce you to game changers, a few of many in Charleston, who are making bold moves—in our schools, in our neighborhoods, in community development, and in social services—to create a future as promising, and progressive, as our proud past deserves.