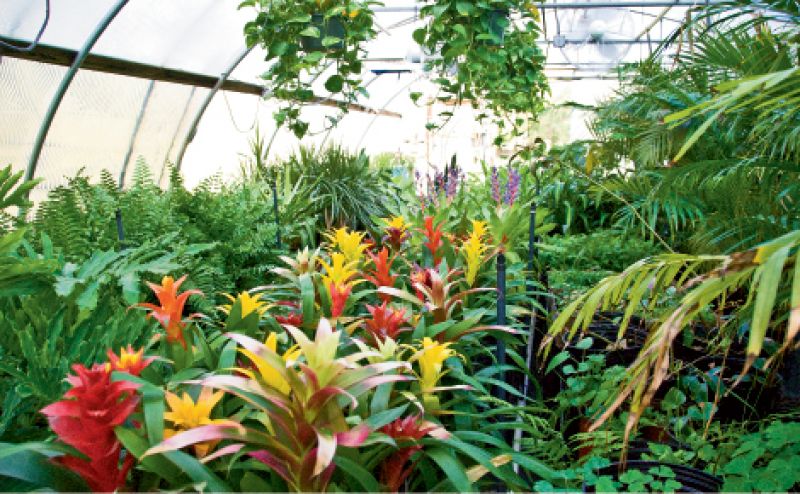 On May 5, the South Carolina Aquarium opens its doors on a vast new world: one where ring-tailed lemurs perch in baobab trees and panther chameleons on dragon palms. Welcome to Madagascar, home to more endemic species—which occur naturally in only one locale—than nearly anywhere on Earth. “Madagascar split from Africa 160 million years ago and has been evolving on its own since,” says aquarium horticulturist Kristen Colvin.

And she couldn’t recreate this land where ecosystems range from tropical rainforests to spiny deserts if it weren’t for the aquarium’s Awendaw nursery. Here, a greenhouse, shade house, and plots of earth serve as holding pen, hospital, and cultivating grounds for the plant life that moves in and out of exhibits. And it’s here that selections from Madagascar’s 12,000 plant varieties—aloes, bromeliads, elephant ears, ferns, cacti, and more—began arriving this spring.

“I had to keep them warm, pest-free, and ready for the exhibit,” explains Colvin, who led a team in placing each plant in “Madagascar Journey’s” habitats. The flower she’s most excited about? The Madagascar periwinkle, or vinca. “In the 1950s, researchers found it contains alkaloids that can be used in cancer treatments—a discovery that’s helped the juvenile leukemia survival rate go from 10 to around 90 percent,” she says. “We don’t know what other cures are hiding on Madagascar, and forests are being chopped down faster than we can find out.”

A message of conservation is central to the exhibit. “No one is inspired to conserve anything until they hear stories like that of periwinkle,” says Colvin. “I hope sharing information on this amazing place will help people value its plants and animals, because they are a value to us.”