The Animals & Children Took to the Streets 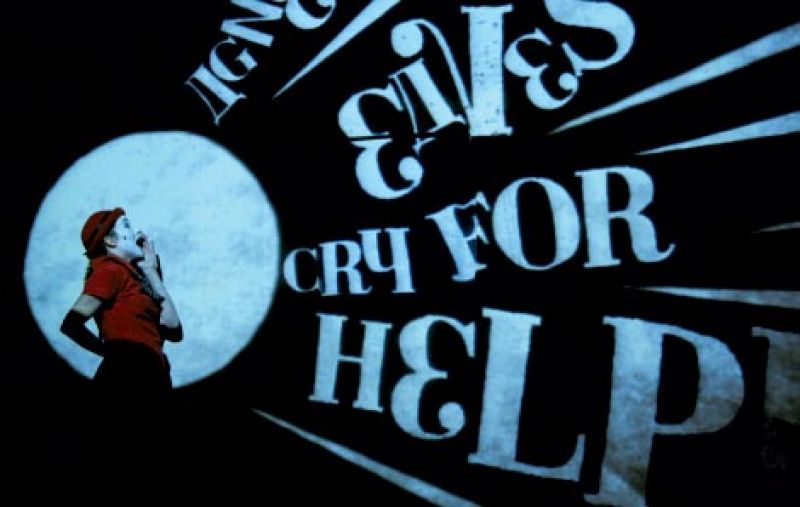 The riots were a real boon for us,” jokes Paul Barritt, animator of London-based performance comedy group 1927 in reference to the summer 2011 protests against British police violence. It was serendipity that a play—written over a year’s time in 2009 but with a 1920s German cabaret sensibility—has relevance to news events of the very recent past

Founded in 2005 by writer, performer, and director Suzanne Andrade and Barritt, 1927 came to Spoleto in 2008 with its first piece, Between the Devil and the Deep Blue Sea, a kind of “silent film” multimedia vaudeville using music, film, and pantomime to tell a series of tragicomic vignettes. The production won top awards at the Edinburgh Fringe Festival, where it premiered in 2007, and went on to sell out many shows worldwide. Now the company, with performer and costume designer Esme Appleton and musician Lillian Henley, creates “filmic theater,” combining music, film, and animation with live performance to tell surreal and fantastical stories.

Barritt describes their latest work as “taking place in a rundown place with gangs of children rioting in the park, and the adults sedate them with Ritalin-like candy,” explaining that it has a more 1920s aesthetic than Devil with a lot of Russian constructivist imagery and Eastern architecture. Think Edward Gorey meets David Lynch meets Kurt Weill. “Anyone interested in the theatre should see this company now,” affirms The Guardian. Barritt admits it is “quite exciting—we’re really carving out a niche of our own.”