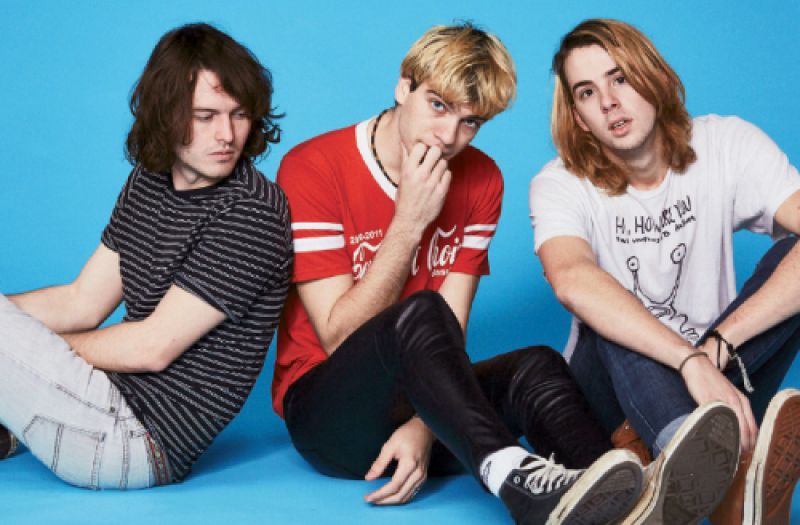 “Playing shows in Scotland and seeing kids in Heyrocco T-shirts, singing our songs, and asking for our autographs...when Tanner and I were 14 and shredding Deep Purple riffs in his bedroom, we’d have thought this was crazy,” says Nate Jake Merli, singer and guitarist in the rock band he and drummer Tanner Cooper formed in town in 2010 with bassist Chris Cool.

In May (date to be determined) the trio of 21-year-olds releases LP Teenage Movie Soundtrack via UK label Vital Music Group and the U.S.’s Old Flame Records. Recorded in Nashville at The Bakery with Paul Ebersold (who produced records for bands like Sister Hazel and 3 Doors Down), the album allows the listener to hear Heyrocco’s impressive range of sound.

“Virgin” embodies the same teen angst that Kurt Cobain nailed nearly a quarter-century ago, while “Melt” would sound right at home on a Pavement album from the mid-’90s. The best track is the ultra-catchy “Mom Jeans,” which marries the indie-pop sensibility of The Lemonheads with the melancholy glory of Nada Surf.

Heyrocco has kept busy touring with the new tunes, spending last fall in the UK, this winter up and down the East Coast, and March in L.A. This month, they return to Europe, where they’ll remain until August, extending their reach from the UK to Germany, France, and beyond. Along the way, Merli notes, they’ll continue gathering fans one at a time. “At a show recently, a girl said, ‘Thanks for bringing me back to my awkward, anguished teenage years,’” he adds. “That pretty much sums it up.”

Check out videos for "Virgin" and "Mom Jeans" from Teenage Movie Soundtrack: