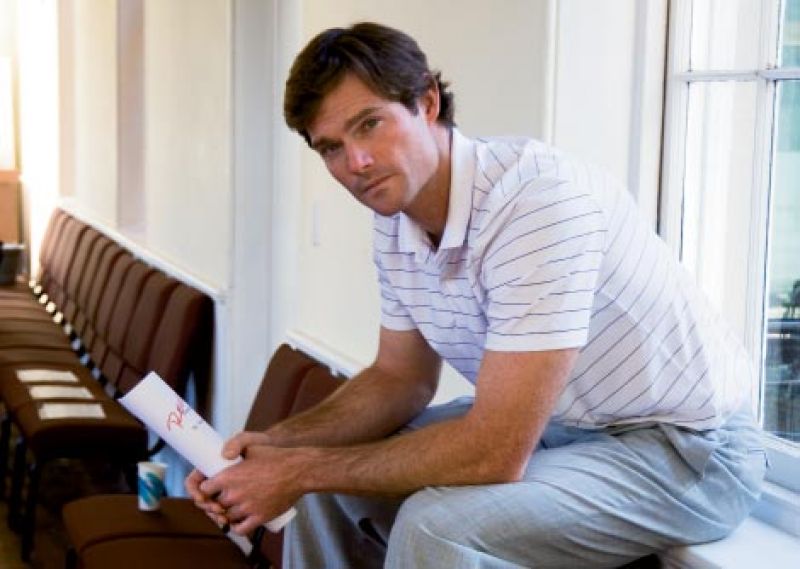 A fiction editor once noted that in Spencer Deering’s stories, “everybody’s swords are drawn all the time.” While the assessment may or may not have been intended as praise, it did encourage Deering to find an environment where his confrontational creations might be more at home: the stage. Today, Deering serves as the literary manager and PURE Lab director for Charleston’s PURE Theatre, an independent theater company with a focus on contemporary playwrights and original productions.

Raised in Baltimore by theater-going parents, Deering was always more interested in sports than literary arts. His athleticism earned him a lacrosse scholarship to the University of North Carolina, but an English course helped him realize “the drama on the page could be as exciting as that on the field.” Since then, Deering has enjoyed an eclectic career as a high school English teacher, novelist, and playwright.

“We call him Johnny Touchdown,” laughs artistic director Sharon Graci. “He bursts into meetings with the enthusiasm of an all-American athlete, and we love that. But really he is a very gifted writer.”

To Deering, the trick lies in crafting plays that are accessible and relatable. “The whole idea is to make theater easy for the audience,” he explains. “The trouble with a lot of contemporary art is that it’s about the artist, not the audience.” In addition to penning original scripts, such as Walking Backwards for the Last Time and Jingle This, Deering mentors novice playwrights through the PURE Lab program and participates in after-school writing workshops. His next production, Sheep’s Clothing, debuts in April.

At PURE, Deering has found the perfect home for his unique blend of stagecraft and lacrosse-field bravado. The company prides itself on original productions developed in-house, either through the lab or from its cadre of local writers. For their part, the PURE team is glad to have him. “Spencer’s proof that talent is not zip code specific,” Graci says. “He’s one of the reasons Charleston has become such an exciting place for theater.”