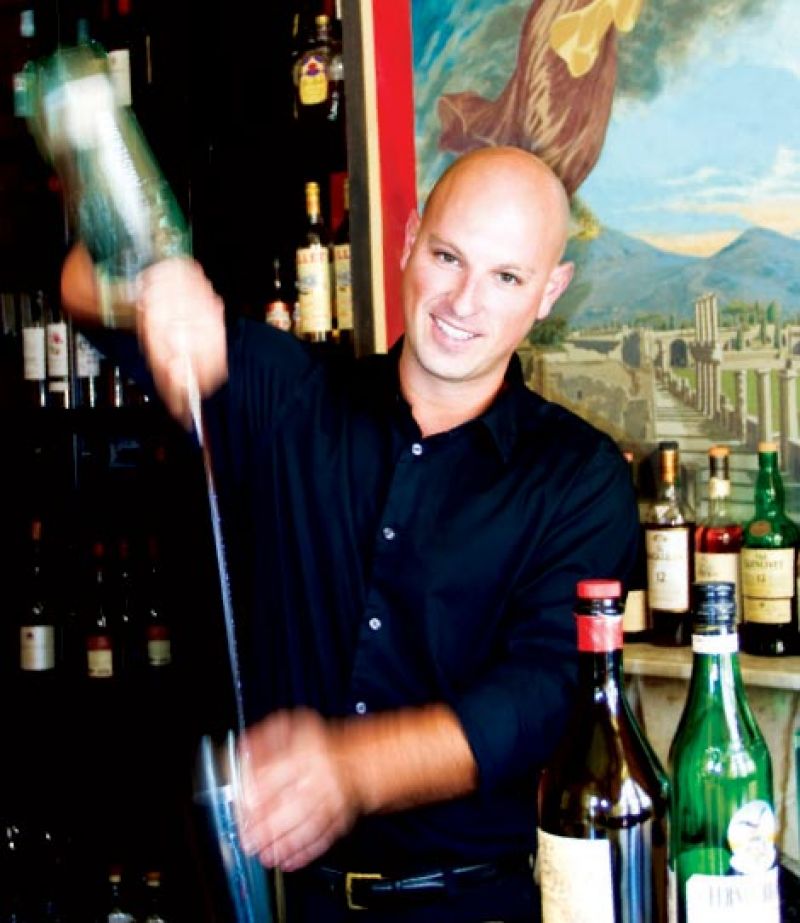 This Thanksgiving, before the first slice of pie turns into a third, consider whipping up an apéritivo—a before-dinner drink—to open the palate and make room for more (whether that’s a second drink or second slice is up to you).

Our cocktail of choice? The Screamin’ Eagle by Sean Mahoney, Muse’s chief bartender. A play off of a classic negroni, with a base of gin, sweet vermouth, and bitters, the Screamin’ Eagle gets its curious bite from Fernet-Branca—a potent Amaro that Mahoney floats on top of the cocktail—and its name from the bottle’s eagle logo. Since its invention in 1845, the hard-to-mix (and for some, hard-to-love) Italian liqueur has been popular with Europeans for its rumored “medicinal” benefits.

“The idea is to have a ‘wee-nip’ of it after dinner so you can continue to enjoy the evening,” Mahoney says. “It’s about offering a versatile cocktail that’s an apéritivo as well as a digestif, light and refreshing with a bittersweet finish.”

Mahoney likes to float the Fernet-Branca because it “looks more visually appealing.” The splash of grapefruit juice and bitters both livens and lightens the drink, and the optional addition of homemade ginger syrup adds another level of spicy sweetness. The final product is a cocktail that’s soft on the stomach and easy to sip whether it’s served before, during, or after a heavy meal.
“Often you’ll see Fernet and ginger, Fernet and grapefruit, Fernet and gin, but I wanted to bring them all together,” says Mahoney, who started at Muse last February after spending seven years honing his mixology skills at Kiawah’s Ocean Room. Despite his talents behind the bar, Mahoney says that the secret to great entertaining is to be an intuitive host—knowing what will satisfy your guest. As with this cocktail, Mahoney adds, “Traditional bartending calls for a ‘pharm’-to-table approach.”