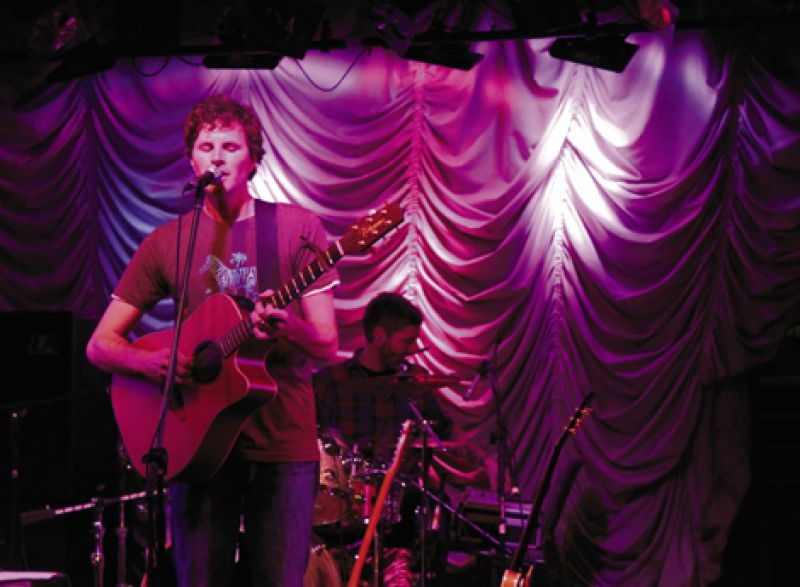 Too often, an artist’s age is reported as if it should suggest the relevance of his work. Well, like Al Jarreau, who recorded his first album at 35, and Robert Plant, who continues to produce inspired work at 63, local 40-year-old Yates Dew offers mid-life artists hope with his new CD, Exhale Through Your Feet. After five solo albums, he continues to hone his craft, polishing songs into tight, pop jewels that give expression to his soul.

Produced by Patrick Boyd, the new collection features Dew on vocals, drums, guitar, and bass, with guest musicians including vocalists Shannon Whitworth and Mimi Bell. “Patrick’s goal was for me to not second-guess anything, to trust my instincts,” says Dew. “Hopefully that comes across, and the album is better for it.”

In the nine new tracks, Dew explores his idea that a perfect song is one that makes him feel very present while also forgetting where he is. “R.E.M. and Wilco achieve this,” he says. “As a listener, you get to decide what the song is about, which makes you feel almost like a collaborator—and that feels like freedom.” For example, the album’s title “could mean something different to everyone—and maybe that’s the beauty of it,” he says. “Maybe I’ve found the Michael Stipe and Jeff Tweedy in me after all.” Like those elder statesmen of rock, Dew continues to succeed on his own terms. Here’s looking forward to what he records at 50 and beyond.