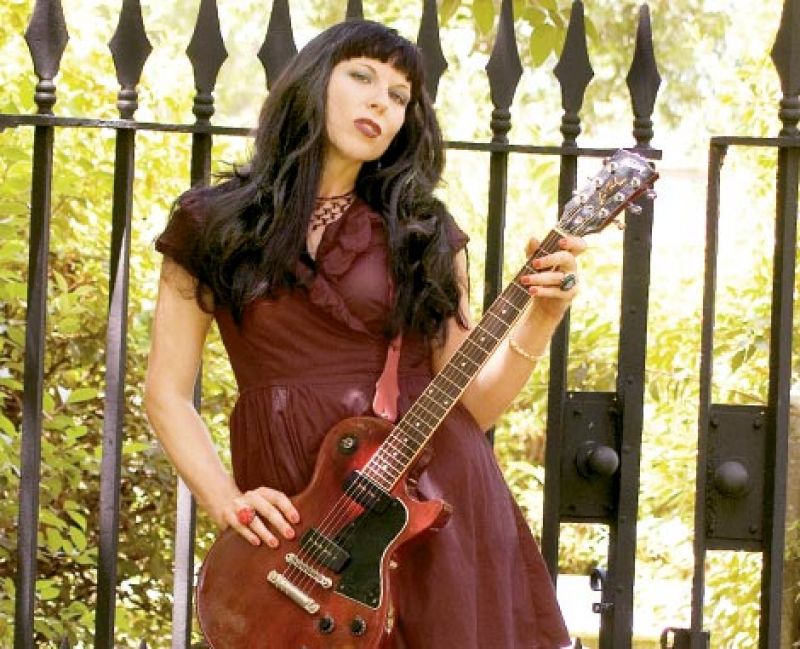 From her pink cat-eye glasses to the black garter belt, singer-guitarist Skye Paige is a wild card who likes to “whip out her slide and grill her Gibson Les Paul well done,” she says. Typically clad in baby-doll dresses, she works the stage with a playful hint of danger à la pinup queen Bettie Paige, accompanied on occasion by burlesque dancers.

Befitting her vintage style, Paige’s sound is a retro mish-mash of blues, rockabilly, and outlaw country. And though she writes and performs mostly original music, she’s known to cover Memphis Minnie, Wanda Jackson, Bonnie Raitt, and other blues mamas. Her current bandmates, billed as “The Original Recipe,” include bassist Mike Dumas, guitarist Bradley MacLean, and drummer Patrick Queen. But make no mistake, Paige isn’t just another female singer fronting a male-driven band; she is ringmaster, lead guitarist, and principal songwriter for the group.

Paige, who is hot off appearances at the Myrtle Beach House of Blues and Camden Blues Festival, is a performer at heart. Her favorite fans are those who “come close to the stage, bring you a shot, and aren’t afraid to start dancing!”