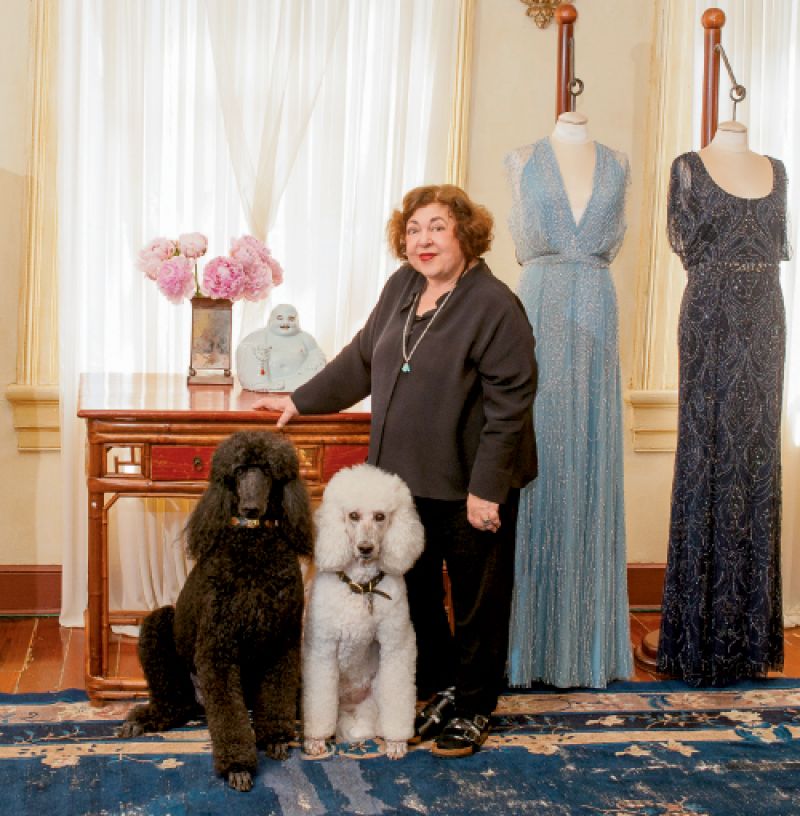 “Poodle people are crazy,” exclaims  Janyce McMenamin, owner of RTW on King Street, before admitting with a sigh, “I didn’t think I’d joined that club, but I realize I could probably be its president.”

McMenamin’s current claims to club leadership are LouLou and Odo, her pair of standard poodles that make the daily commute with her from Sullivan’s Island to her downtown women’s clothing store. Although RTW is known for specialty fashions, McMenamin happily compares the store’s atmosphere to “Dr. Doolittle’s castle,” thanks to the seven turtles that live in the courtyard and the pet bird (“Luckey”) she found behind the shop more than 25 years ago.

Still, the poodles are the undeniable yet benevolent rulers at RTW, greeting new and longtime customers who have known, by name, all four of the poodles that have graced the boutique over two decades. LouLou, a 12-year-old with white fur, is the third generation of a single pedigree under McMenamin’s care; Polaroids of Grandpa Louie and Uncle Henri hang on the wall of the shop. Odo, a five-year-old male with black fur, ensures that LouLou maintains her youthful energy.

Both LouLou and Odo are surprisingly attune to whether or not a particular customer wants their attention or prefers to browse sans-poodle, says McMenamin, noting that this respectful intelligence has turned more than a few customers into poodle owners. She is quick to downplay “foo-foo” stereotypes about poodles, pointing out that they were originally bred as hunting dogs.

“Having a dog that’s smarter than me never bothered me,” she laughs. “I had a big yellow Lab once, and I thought he was a genius, but I realized he was just a sweet, dumb jock after I met my first poodle.”