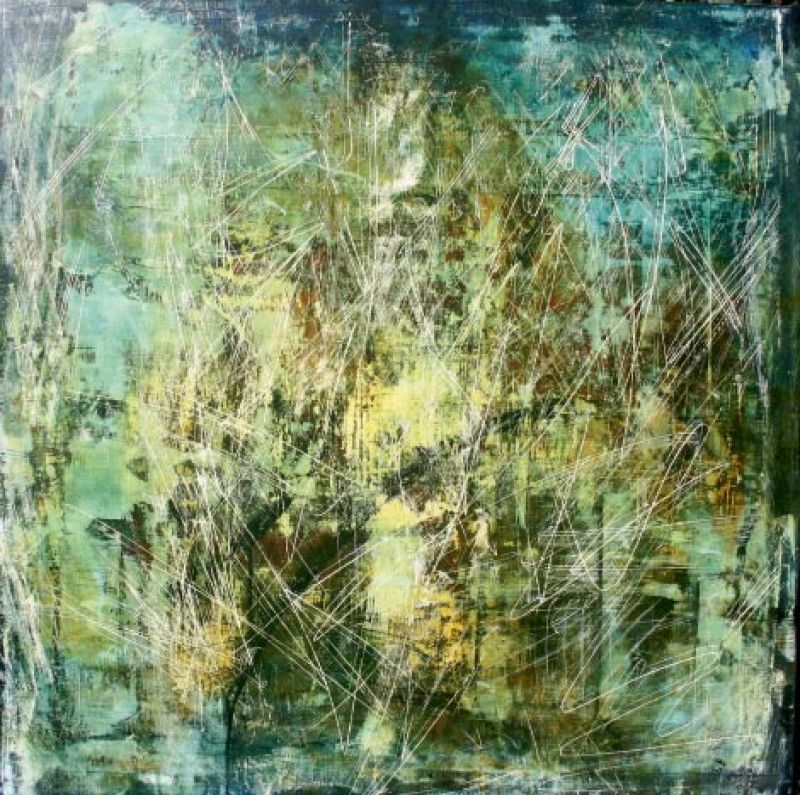 As the senior conservator on the H.L. Hunley Project, Paul Mardikian has spent a decade conserving artifacts from the Civil War submarine that sank near Charleston Harbor. “It’s one of the most complex marine archaeological projects in the world,” says Mardikian, who’s also lent his skills to the Titanic, Alabama, and ancient shipwrecks around the globe. “There is always risk when working on nonrenewable cultural heritage—each object is almost like a patient with a terminal disease. My mission is to save it.”

After a day on the job, Mardikian often heads to his home painting studio, inspired “to create my own artifacts and tell my own stories,” he says. To demonstrate his process, he places a wooden panel on the floor and gets down on his knees. Using a scraping tool, razors, and his bare hands, he gouges, pushes, and slashes the paint, building it into layers. “I’d rather call myself a scraper than a painter,” jokes the artist, who also works on canvas, sometimes incorporating pieces of copper, steel, tin, or zinc into what he often refers to as “sculptures.”

“I am drawn to a warm, earthy palette—using yellow and red ochers derived from iron oxides or burnt umber—but I also love to play with blues and blue-greens,” he notes. “All of these are the colors that I observe on corroded metals, potteries, or ancient wall paintings.”

Born and raised in France, Mardikian began painting in the late 1980s while studying archaeology and conservation science at Paris’ School of the Louvre and Sorbonne University. Yet it wasn’t until recent years that he felt ready to exhibit.

Like much of his art, the pieces in his first solo shows at the Corrigan Gallery, 2008’s “Totems and Icons” and 2010’s “Palimpsest,” were inspired by his travels to places such as Australia, India, and Africa. In Seed, for example, Mardikian uses copper nails and graphic designs to indicate the African traditions of bodily scarifications, offering a trace of another place in time. It’s a trace he encourages viewers to not only see, but feel. “Touching a surface is really powerful and can ignite your imagination,” explains Mardikian, whose work is displayed in private homes in America and Europe as well as in the Contemporary Carolina Collection at MUSC’s Ashley River Tower.

Next up for the painter is a March solo show, “Terra Mater,” featuring larger compositions he’s been turning around in his mind for some time. “This exhibit is an opportunity for me to glorify my muse, Mother Earth,” he says.