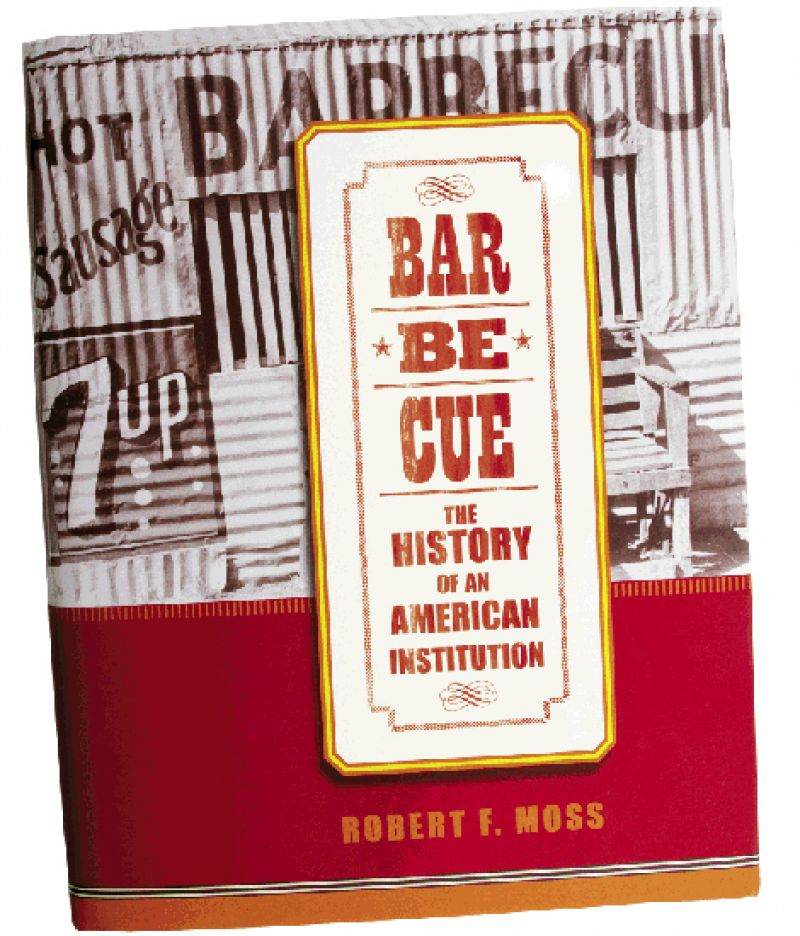 Of all the topics to discuss in the food world, barbecue ranks among the most contentious. Devotees can hardly agree on how to spell it, much less how to define the many regional variations. Add to that the difficulty of tracing an art often perfected in people’s backyards, and few attempts at a comprehensive history exist. Those that do tend to fall short, tainted by regional bias or unsubstantiated claims.

But last August, Barbecue: The History of an American Institution by Robert Moss marked a watershed for the subject. The local food writer spent the past decade following the scent of hickory smoke and researching the stacks of libraries across the South, looking for clues about the dish’s secret past. In the end, he unearthed the most complete history of barbecue to date.

The tome begins with pre-Columbian foodways and spans to “The Fate of Barbecue in a Fast Food Era.” In between, it covers a range of geographies and cultures, discussing everything from white sauce in Alabama to Davie Crockett’s barbecue stump speeches to the postwar trend of “barbecue rooms” in suburban homes.

Moss explains that his fascination with the subject began as an excuse for “eating pig in the name of ‘research’” but kindled a passion for exploring the past of such a thoroughly American enterprise. “Since its earliest days, barbecue had an unusual power to bring people together, whether for a community celebration, fundraiser, or political rally...and because of that social element, it has played an important role in U.S. history,” says Moss. “It becomes a lens through which you can see the evolution of American society.”

Contained within the smoke and the sauce are examinations of race relations, political culture, and popular fashion in the South, to say nothing of the assertions of regional superiority that most practitioners wield. But Moss stays true to his academic background (he has a PhD in English), writing with detachment and backing his research with footnoted primary sources. In the end, he brings us a book as much about America as the roasting of meat over fire. Readers of every stripe will find it hard to put down, but they’ll all leave hungry when they do.