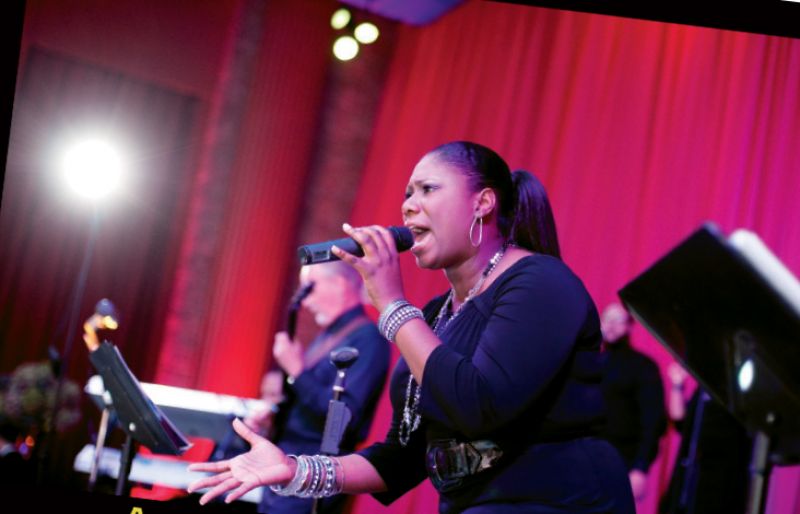 Since she began singing at age 10, local chanteuse Quiana Parler has often performed for audiences larger than the sum of her Harleyville hometown (population: 2,714). Locals may recall her time in the ’90s with the former Serenade show on John Street and as the lead for Latin-jazz group Brazil. But a top 48 finish in season two of American Idol catapulted her to a new level in 2003 and led to a four-year stint touring with Clay Aiken, who calls Parler “one of the most amazing vocalists and performers I know.”

Highlights of her career to date include appearances on stage with Kelly Clarkson and Keith Sweat; on recordings with Aiken, Renee Olstead, and Bianca Ryan; and on TV shows including Saturday Night Live, The View, The Tonight Show with Jay Leno, Today, Good Morning America, and Tyra. But after years on the road, Parler returned home to Charleston in 2007 to assemble a crack band performing jazz and pop standards, R&B, rock, and anything else that suits her fancy.

Today, her smooth style and versatility keep her in demand, from performances for The Duchess of York and Piccolo Spoleto to the Moja Arts Festival. And she’s not likely to slow down soon—catch her around town as a regular performer at Trio Lounge or a festival near you.