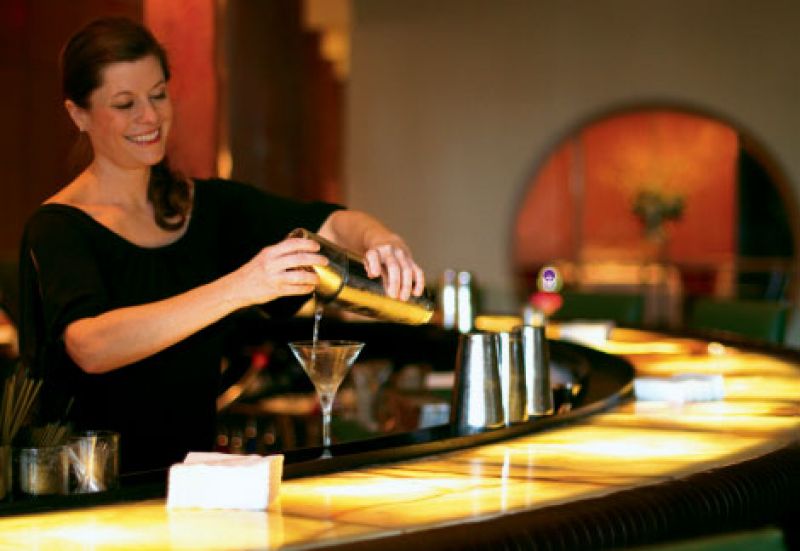 An artisanal liqueur made from elderflowers that grow in the Alps and blossom for a few short weeks in late spring? It’s hard to imagine finding a more exotic way to celebrate spring’s arrival than that. Lucky for locals, cocktails mixed with St-Germain—a limited quantity spirit that debuted in 2007, earning the Double Gold Medal at the San Francisco World Spirits Competition that year and the following—are becoming increasingly popular on Charleston’s food and bev scene. To find one that’s the ultimate in warm-weather refreshment, you need only head to the upstairs bar at chic and modern Cypress.

“We use St-Germain in several cocktails, but the pear martini is a favorite,” says bartender Stephanie Parker. “It’s a simple combination of St-Germain, Absolut Pears vodka, fresh lime juice, and Sprite and has a clean, fruity taste that makes it really easy to drink.”

To enhance the pear flavor, Cypress occasionally garnishes the concoction with a slice of pear that they’ve dehydrated in-house, but a lime wedge is delicious as well, complementing the flavors of citrus in this golden elixir. “You can also try garnishing with your other favorite fruits,” advises Parker. “Think about how to bring out the flavors of passion fruit and citrus you taste when you drink St-Germain straight.”

If you’re not the experimenting type, no worries: the French company that produces St-Germain makes things easy by including a dainty booklet of recipes along with the bottle. Two other perks? “It’s made with nearly half the amount of sugar as other liqueurs, and elderflowers have long been a home remedy for colds,” notes Parker. We’ll drink to that!