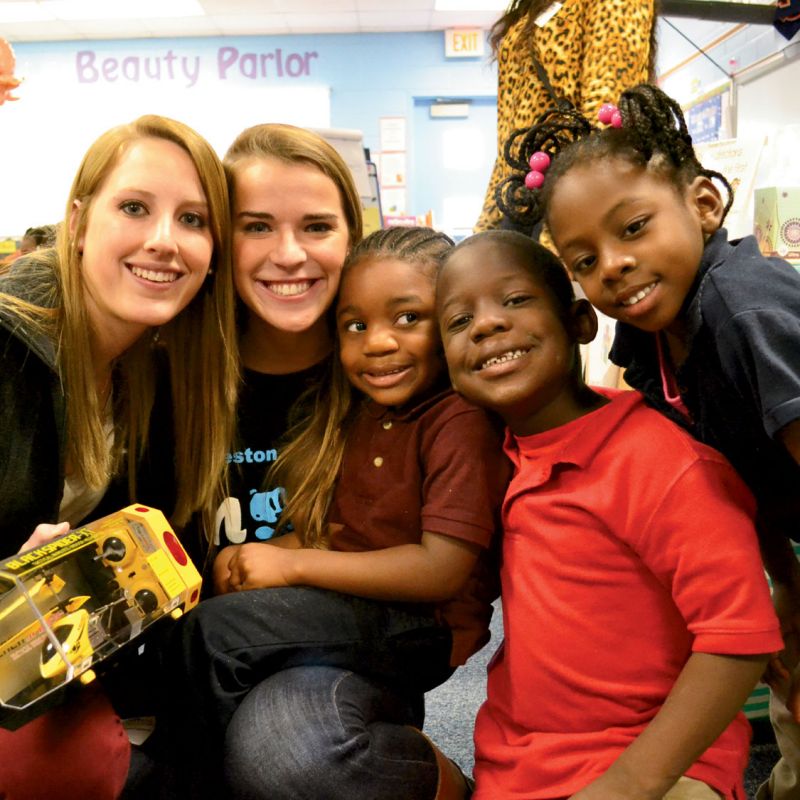 “Every life matters. Everyone has a story.” That belief rests at the heart of College of Charleston senior Emily Hoisington’s tale, the current chapter of which has her cast as president of youth outreach nonprofit Charleston Hope. Five years ago, after learning that many kids at the Title 1 school where her sister taught didn’t receive presents come Christmas, the then-high-school senior assembled 40 peers to purchase toys and present them to those students during a holiday party.

“The children showed such gratefulness and love at the gathering,” she recalls. Stirred by the recipients’ reactions, the budding philanthropist formed Charleston Hope to further inspire hope in future generations through positive personal interactions. With each passing year, the group’s reach has broadened—2014’s student recipients numbered a staggering 2,800; this year, the goal is 4,200 children.

Sadly, Charleston Hope also suffered a tragedy last winter. On December 23, 2014, less than two weeks after helping deliver presents to five area schools, Hoisington’s boyfriend, 20-year-old College of Charleston basketball player Chad Cooke, passed away unexpectedly after collapsing during a pickup game. An avid supporter of the nonprofit, Cooke championed the notion of living life intentionally, of making a conscious effort to get to know the people we encounter every day. And so his passing has inspired a whole new kind of character development in the Charleston Hope story.

This year, as a nod to Cooke’s positive outlook, the nonprofit expanded its efforts beyond the Adopt a Classroom holiday program, dubbing its increased presence “The Chad Effect.” At Mitchell Elementary, volunteers participate in monthly events such as a back-to-school bash and a fall dance party. In the spring, the nonprofit plans to launch a one-on-one mentoring program at the Title 1 school. And at neighboring Burke High, the group holds college-prep nights for seniors and hosts game-day dinners for the football players that include pep talks from various community leaders. “Chad loved people,” says Hoisington, “and he believed that one act of kindness could change someone’s life.”

Lend a hand: Join in the Wrapping Night at the College of Charleston TD Arena on December 8, or donate at charlestonhope.com by December 10.