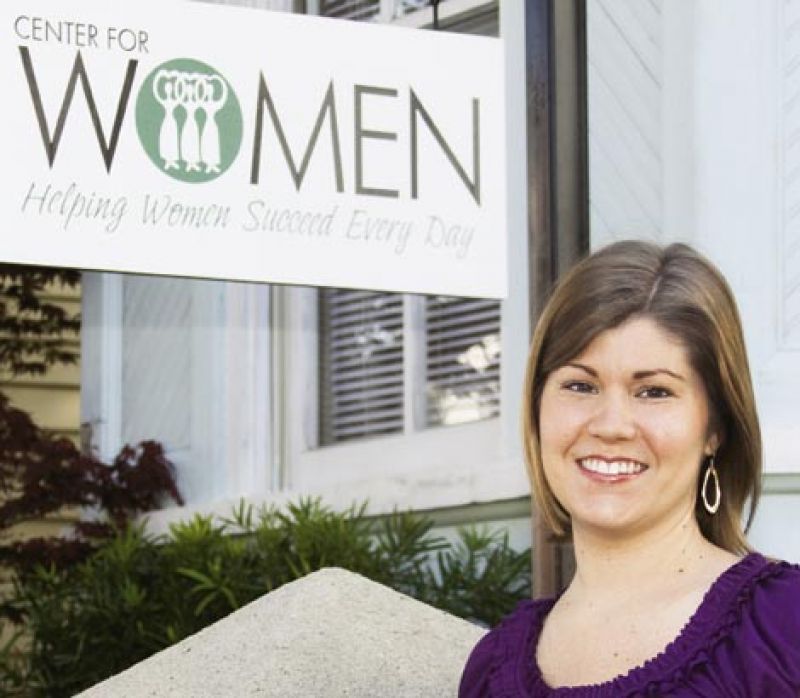 “We know what women want,” says Leigh Ann Garrett of the Center for Women’s staff, six close-knit ladies who create a picture of the everywoman.

“In the office, we have varying backgrounds and come from all over. Some of us are well-traveled, others homebodies. Some are married, some have children. We’re a little bit of everything.” Perhaps that’s why this educational and development center’s programs have met with such success over the past 20 years. As the events coordinator for the last seven, Leigh Ann works hard to ensure there’s something for everyone.

From individual counseling and brown bag lunches to support groups, workshops, and galas, the 29-year-old helps coordinate logistics, facilitators, volunteers, registration, and more. After returning from maternity leave in September, the new mother focused much of her work efforts on her “other baby,” the Center for Women’s 20th anniversary celebration, and in the spring, her main attention will shift to the annual Purse Auction.

The Alabama native says her return has been made easier by the support she’s gained from the center. (Perhaps it’s fitting that one of the most recent group sessions discussed “Work-Life Balance.”) “Together, we’ve been through marriages, deaths, pregnancies,” notes Leigh Ann. “It’s a great comfort to have honest and true women behind you. They build you up. And I’m proud that we can do that for others who walk through our doors.”

For more about the Center for Women’s 20th anniversary gala at Founders Hall on October 15, see page 114.