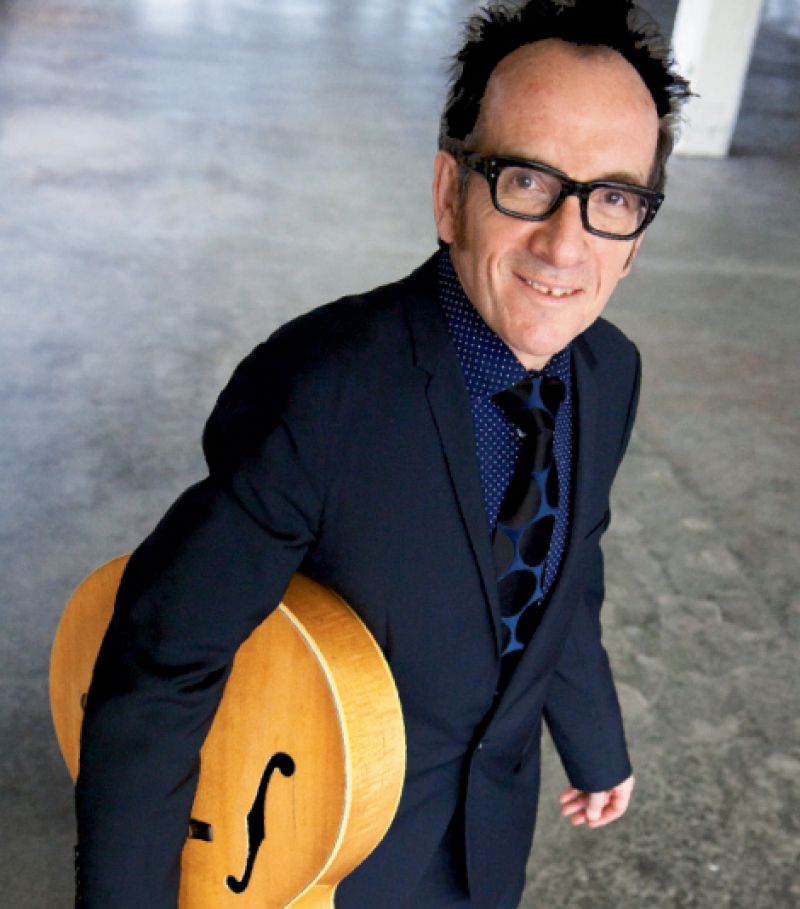 Rock and Roll Hall of Famer Elvis Costello is a man for all music:    punk, new wave, soul, rock, chamber opera, folk, country, blues, orchestral, piano jazz—the list is long with no end to the genre-hopping in sight.

Born Declan Patrick MacManus in London on August 25, 1954, Costello launched his career in the late ’70s on Stiff Records, a burgeoning punk and new wave label. To date, his tuneful journey includes 29 studio albums plus collaborations with artists such as Paul McCartney, Tony Bennett, Lucinda Williams, The Grateful Dead, The Pogues, and Marian McPartland. Not bad for a man whose pre-music career day jobs included working as a computer operator for a cosmetics company.

Boasting more than 18 appearances (mostly cameos) in TV and film, Costello has been on The Larry Sanders Show, Talladega Nights: The Ballad of Ricky Bobby, Two and a Half Men, and, most recently, HBO’s Treme.
Look for the troubadour to kick out the jams on July 18 with backing band The Imposters, featuring longtime musical comrades Steve Nieve on keyboards, Pete Thomas on drums, and Davey Faragher on bass and backing vocals. Who knows, maybe Costello’s wife, jazz artist Diana Krall, will even make an appearance with the chameleon of rock.