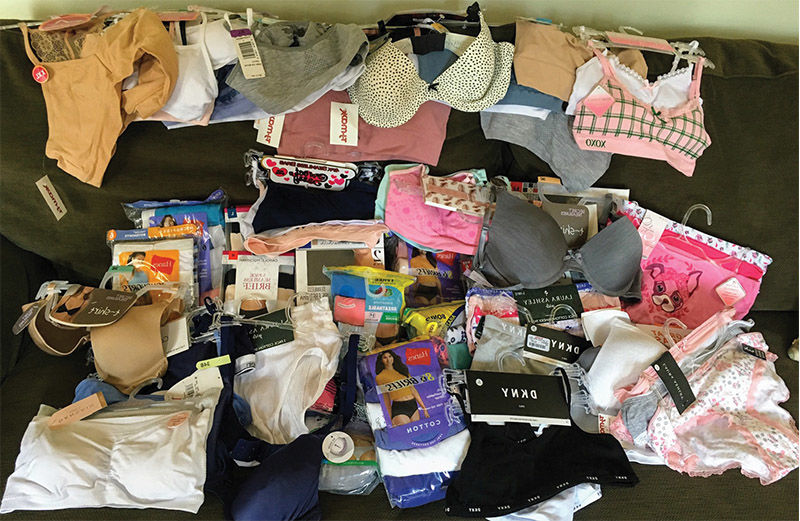 The Undergarment Society throws parties with a purpose, such as February’s Mardi Bras brunch, to collect bras and underwear for women and girls fleeing unsafe situations. Visit theundergarmentsociety.com to find out how you can host a party.

While undies might seem like a taboo topic—some even call them “unmentionables”—Charleston’s The Undergarment Society aims to get the public talking about this private must-have. This empowering nonprofit provides new underwear to vulnerable women and girls seeking refuge from unsafe situations. Since 2017, the organization has collected 10,000 bras and panties to distribute to a dozen area aid organizations, including domestic violence and sex-trafficking shelters, homeless outreach programs, teen pregnancy centers, and foster care facilities. “The people receiving these donations have already been through something terrible,” explains founder Elizabeth Stribling. “They come to these nonprofits with nothing.”

Fresh undergarments rarely accompany the gently used clothing donated to such safehouses, leaving some nonprofits to dip into their own accounts to buy these necessities for clients. Upon learning this in early 2017, Stribling threw a party inspired by an article she’d read about a philanthropic socialite’s annual “Mardi Bra” fête. Not only did that first gathering bring in 300 undergarments to benefit My Sister’s House, a tri-county domestic abuse shelter, it became the springboard for the society’s “party with a purpose” model. “My friend said she’d host the next one, then she asked her mother, and it just took off,” recalls the founder, who works as an English teacher at Porter-Gaud School. 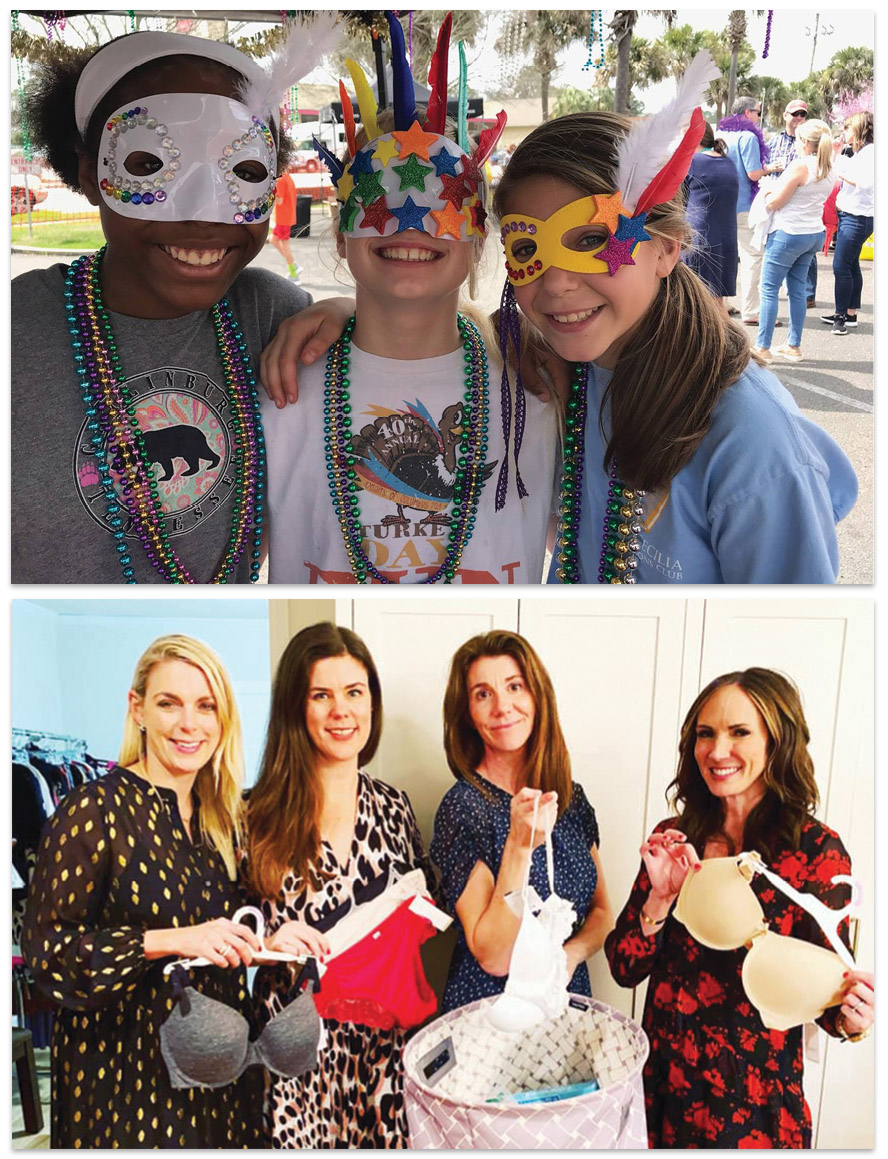 The idea? To turn any sort of friendly gathering into social action by asking guests to forgo a hostess gift and instead bring new underwear in any size. Since its inception, the organization has held about 65 parties. “Each is wildly different,” Stribling said. “We’ve had a six-person book club collect 25 panty packs and a catered dinner for 50 guests that amassed 600 undergarments.”

Keeping all those donations organized can be daunting, so last spring, Stribling set out to create a mobile closet. Using a $10,000 grant, as well as $16,000 in cash donations, The Undergarment Society bought a Ford Transit cargo van nicknamed the “US Bus” to store and transport thousands of bras and panties. February’s fourth annual Mardi Bra gala, held at Society Hall, helped raise money to finish outfitting the van with a logo wrap and custom shelving that will allow partners to easily access specific sizes. “There’s something so tangible about seeing all of these bras and knowing they’ll be going on the bodies of real women,” Stribling says.