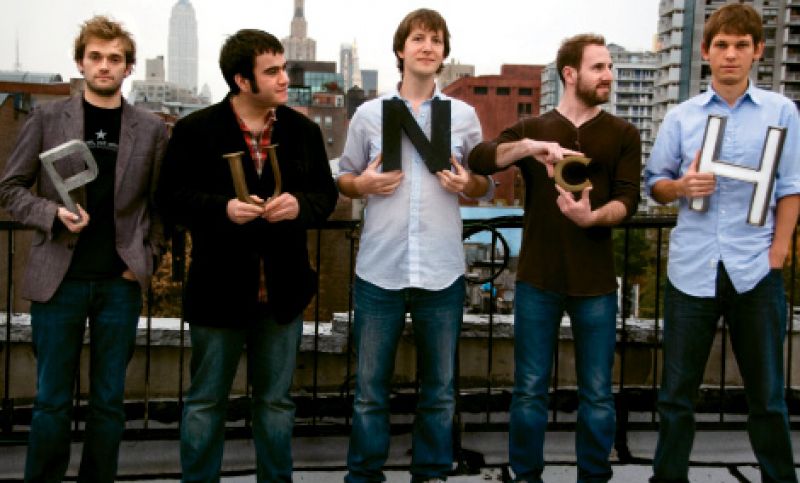 “Super group” is often a dubious label tossed around to describe post-prime stars and discarded sidemen, remnants of formerly famous bands. Occasionally, however, it’s a spot-on billing for a new band of true musicians who have cut their chops in earlier outfits and risen anew. Punch Brothers are that super group.

Led by well-known composer-singer-mandolin player Chris Thile of Grammy-winning Nickel Creek, the gang is rounded out by guitarist Chris Eldridge, an Infamous Stringdusters founder and sideman for his father’s legendary bluegrass group, The Seldom Scene; violinist Gabe Witcher, who played on the soundtracks for Toy Story and Brokeback Mountain and has recorded with Willie Nelson, Randy Newman, and Beck; banjoist Noam Pikelny, who collaborates with acoustic wunderkinds John Cowan and Tony Trischka; and conservatory-trained bassist Paul Kowert.

Built on a foundation of bluegrass, folk, and jazz with haunting country and chamber music textures throughout, Punch Brothers’ melting-pot sound abounds on their Nonesuch label debut, Punch, which features a 40-minute, four-movement, high-concept suite. Last year’s Spoletogoers who delighted in the Piedmont-style blues of the Carolina Chocolate Drops are sure to find the Punch Brothers’ innovative treatment of traditional American musical forms equally intriguing and refreshing. There will definitely be a little something extra in the punch bowl this year.