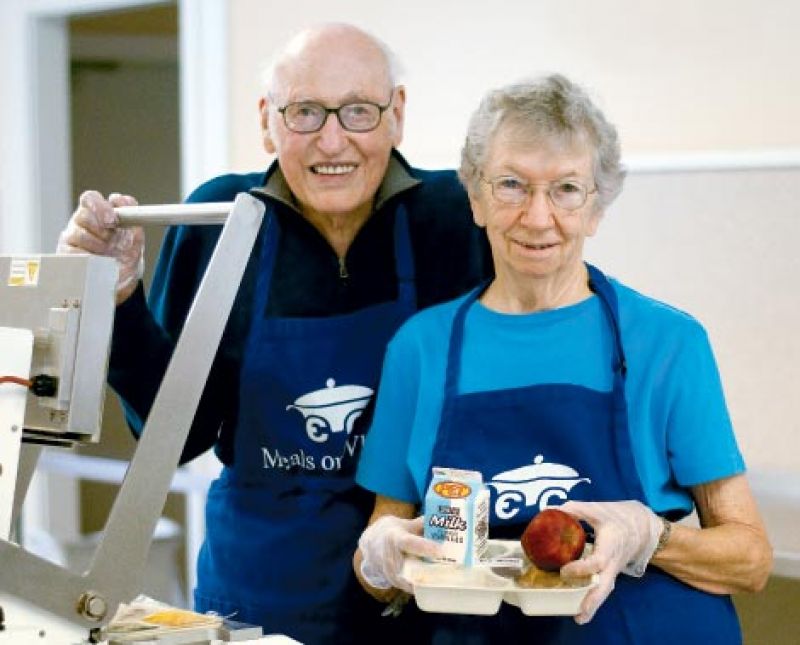 Ed and Alyce Quimby arrive at East Cooper (EC) Meals on Wheels at 8 a.m. most every Wednesday. They help pack some 300 trays of food and then spend much of the day delivering to a dozen or so homes in Sullivan’s Island and Isle of Palms. It’s a route they’ve been covering since 1985—when Ed was 70 and Alyce 64.

“Ed and Alyce are shining examples of a community coming together to take care of those truly in need,” says George Roberts, president and CEO of EC Meals on Wheels. “Our homebound seniors are often forgotten members of the community, and visits from the Quimbys and all of our volunteers mean the world to them.”

Alyce initially began working with EC Meals on Wheels on her own, looking for a way to give back upon retiring from her job as a secretary at The Citadel. But Ed, a former truck driver and carpenter, soon found he enjoyed delivering alongside his wife. The Mount Pleasant residents fell into a routine in which he captained their Cutlass and she carried meals to recipients, handing out hugs and kind words along the way.

“Meals on Wheels has given me such insight into what I can do for someone,” says Alyce. “There are so many who can’t take care of themselves—not even get out of their chairs. Our recipients don’t know it, but they do a lot for us. It makes you say to yourself, ‘I’m blessed.’”

But it’s not only the folks along Route 3 who impact the duo. It’s also the nearly 300 other locals who donate their time to EC Meals on Wheels. “I get so much from the other volunteers,” notes Alyce. “They are all dedicated, inspiring people—many who have volunteered as long as us or longer. You see very few folks leave Meals on Wheels.”

And though Ed and Alyce had to take a break from service this fall due to a knee injury for Alyce, they’re counting the days until she’s recovered enough to get back to work. “We want to continue for as long as we can,” says Ed.