Gone With the Pig 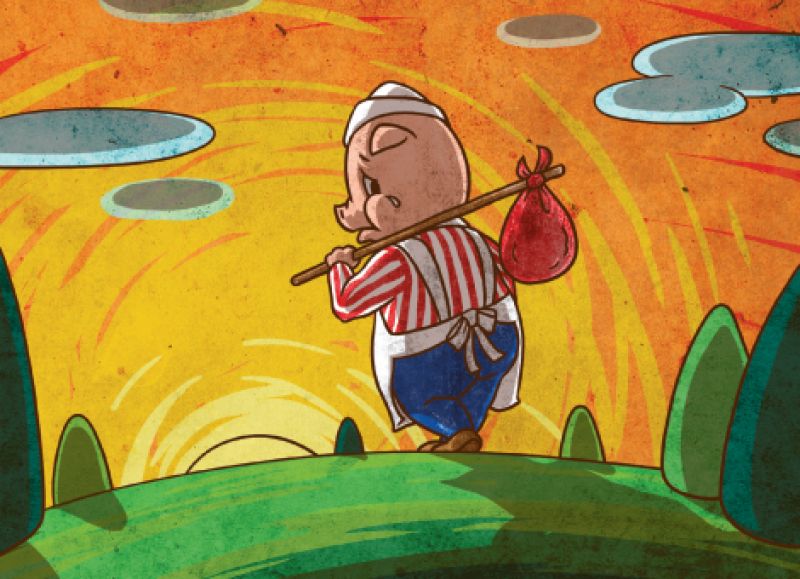 I recently spoke with a friend from away (read, “Up North”) and told her Charleston was going into a decline because the Pigs were closing. “Pigs? Closing? On what? How do pigs close, Suzannah? Have you been drinking?”

Right, I thought, stirring my martini, as I began to explain how the Piggly Wiggly stores had been so much a part of the community, how different life was going to be without one right around the corner. “You Southerners!” my Yankee friend scoffed. “Who else could develop an affinity with something as impersonal as a supermarket!”

Bless her heart, she couldn’t begin to understand. She was too accustomed to the silent, soulless shopping that’s taken over the nation. She hadn’t any idea how truly personal our relationship with the Pig has been over the years—heck, over our lifetimes.

Of course, this goes far deeper than simply knowing the people at the Pig on a first-name basis. The Pig was extended family. Shopping there was familiar and easy—like comfort food. Moreover, the attention we received at the Pigs of our experience was not a shallow, gratuitous courtesy, but genuine. As a woman recently gushed in a newspaper interview, “the Pig was like the Old South.” Maybe so, Miss Scarlett. Here we were, happily shopping “local since forever” when, kabam, almost overnight the scene changed to “Gone With the Pig.”

My first Piggly Wiggly was the one on Broad Street, a rambling, noisy, narrow-aisled maze of enticing aromas and crowded, gossipy checkout lines. The parking lot was a nightmare, the epitome of Charleston’s inherent unsuitability for the automobile. It was only accessible by a narrow driveway, once in, there was almost no way out. Various agreeable attendants vainly attempted to stem disaster from the constant ebb and flow of cars being driven by the Great Aunt Idas of that era, God bless their souls. But since the store was always crowded, the entire effect, inside and out, was one of cheerful mayhem.

It was utterly “Charleston,” and even the newspaper ads touted the Broad Street Pig as “the legendary Pig”—Charleston’s most historic grocery store. Well, they should have, for I later learned that a grocer had been on that site since the 1840s, operating continuously except for one unpleasant period during the Civil War when it had to move uptown to escape Union shelling. We lamented the closing of that Pig, but by then, we had been easily drawn to the new, more commodious Meeting Street Pig, with a real parking lot and spacious aisles.

For most of my adult life, I shopped at the Sea Island Pig in Mount Pleasant. Some years ago, I even had a dream about the store. It was wonderful: I was buying lobsters and champagne, and the usual cast of real-life characters—Linda, Eula, Carolyn, and Judy—were asking about my two black Labs, who, per usual, were sitting outside performing their tail-wagging duty and welcoming every shopper through the doors. “Are the dogs getting lobster, too?” the clerks  asked. “But of course,” I answered, “I’m getting lobsters for everyone!” I don’t think I need to go into years of psychoanalysis to figure out why I was dreaming about lobster and champagne. But the Piggly Wiggly?

If you think I’m nuts for discussing the finer points of a grocery store, then you may be like my friend. You don’t understand how, for us Charlestonians, a shopping trip can morph from the expedient into the existential. How one can strike up a conversation about family recipes with a complete stranger and before checking out receive an invitation to Sunday dinner.

Yes, we have indeed bemoaned the closings of the Pigs. We’ve lost another connection to our past, another tangible link to the Charleston of before. As the Lowcountry changed and grew, the Pigs kept alive the small-town closeness we had before the “change up” and we increasingly find ourselves living in a bustling and all-too-often unfamiliar metropolis.

And now the Pigs are gone, too. Farewell Pig, we’ll be the ones crying all the way home.