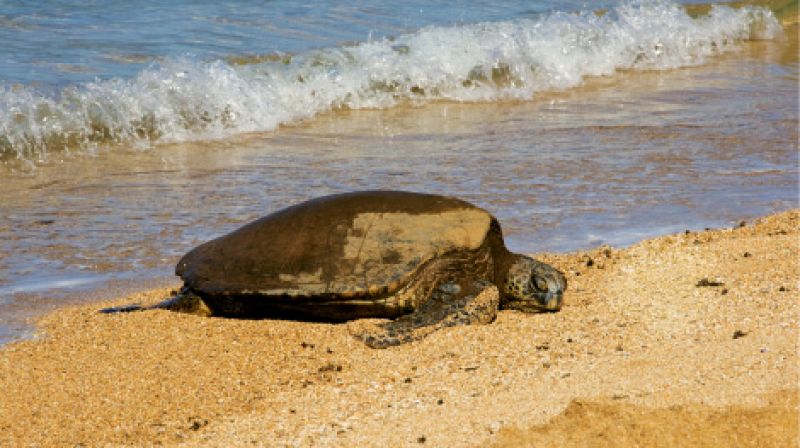 Whether you live along the Lowcountry’s beaches or are just visiting for the day, you can minimize your impact on South Carolina’s official state reptile:

• Properly dispose of plastic bags and Styrofoam and avoid releasing balloons. Don’t leave any trash on the beach. (Loggerheads eat jellyfish, so they might mistake floating garbage for food, causing blocked digestive systems.)

• Remove obstructions, such as beach chairs, tents, and umbrellas, and fill in any large holes to make pathways between surf and dunes as smooth as possible. (Female loggerheads return to their natal beaches to nest, but such obstacles could deter a mother from laying her eggs. They also prevent hatchlings from reaching the ocean.)

• Stear clear of the orange Department of Natural Resources nest protection signs, which mark turtle nests along the dunes. Also, keep pets leashed at all times to prevent them from harming eggs and hatchlings.

• During nesting season, minimize artificial lighting from beachfront homes by closing drapes and turning off lights at night. Also, avoid using flashlights on the beach. (Hatchlings make their way out of the nest at night and crawl toward the brightest horizon, which on a beach is the direction of the sea. Artificial lights confuse hatchlings, causing them to head toward houses, parking lots, or roads, where they often die.)

• Report turtle sightings. If you find a sick or injured sea turtle, contact the local police department or call the South Carolina Department of Natural Resources hotline at (800) 922-5431. Report a live sea turtle sighting to the International Sea Turtle Observation Registry online at www.seaturtle.org/istor. And remember, if you do encounter a sea turtle, do not touch, shine a light on, or take flash photographs of it. Simply remain quiet, watch from a distance, and enjoy the moment.