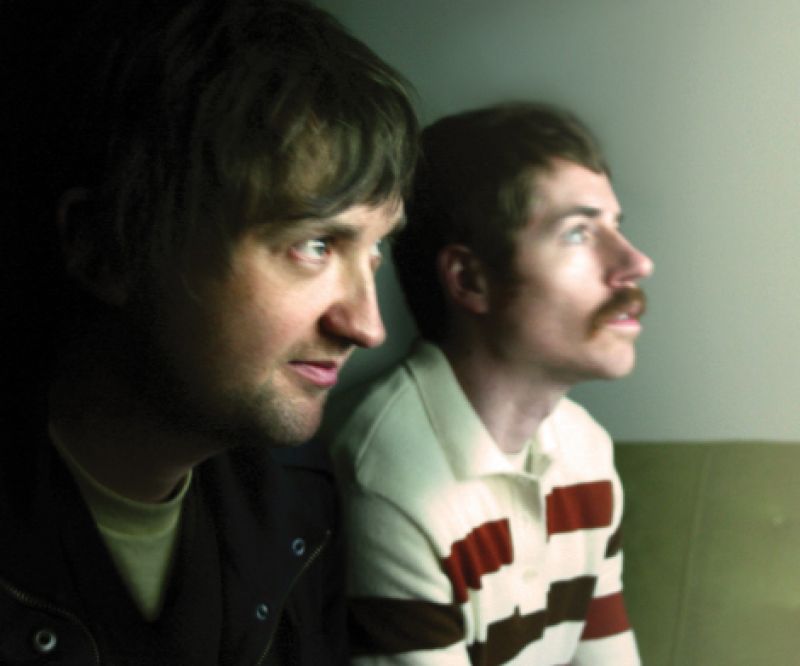 The most important thing about a slow runner is that he’s still running. After eight years of typical band rambling—winding their way through a major label deal with J Records, touring the country, and appearing on television soundtracks for Grey’s Anatomy and Shameless—Slow Runner’s Michael Flynn and Josh Kaler are off to the races again in promotion of their March release, Damage Points.

Their fourth full-length CD deals with baggage, says Flynn, and dragging behind you all the issues and mistakes you’ve accumulated along the way. “It’s about hopefully making peace with that aspect of growing up,” he explains. The arrangements are a clever mixture of digital and analogue soundscapes—reminiscent of Radiohead and the Eels—and collaborators include former Jump Little Children bassist Jonathan Gray and drummers Nick Jenkins and Ron Wiltrout.

Having previously toured with artists such as Josh Ritter, The Avett Brothers, and Evan Dando, Slow Runner took their show abroad for the first time in June, playing Germany, Belgium, Italy, and elsewhere. “Europe was a revelation,” says Flynn. “People are really responding to the music. I almost don’t want to acknowledge how gratifying it’s been for fear of jinxing it.”