Father Knows Best?
June 2014
WRITER:
Bryce Donovan
While navigating his toddler son’s “why” phase and failing to negotiate time for anything else, one local dad mulls over his parental incompetencies 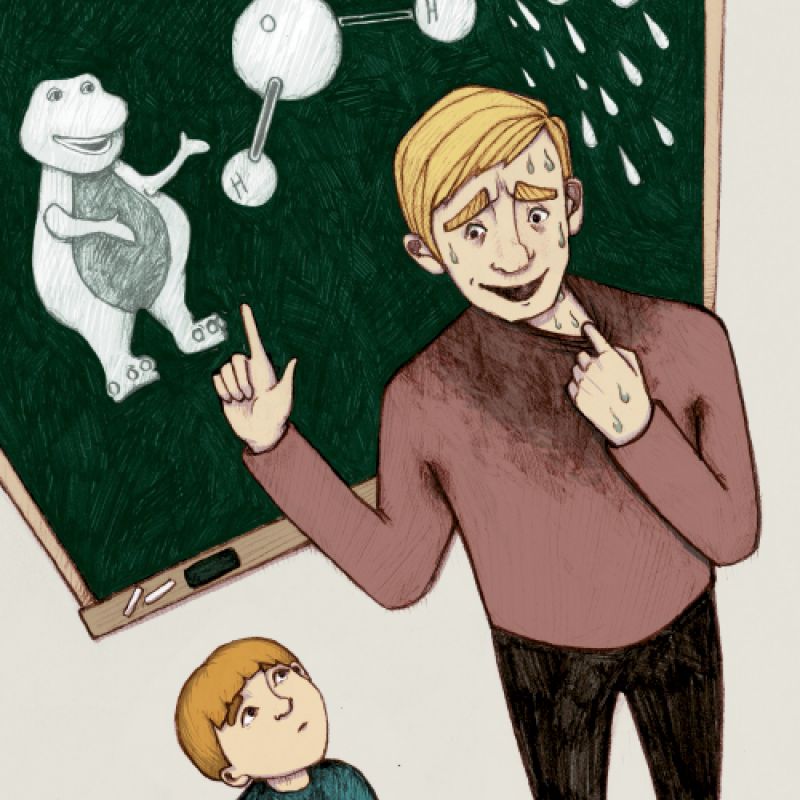 Not to brag or anything, but the other day I typed “is” into Google, and it auto-completed with “Ambien safe for three-year-olds?”—as if I hadn’t solved that one already. Yep, I’ve pretty much nailed this whole parenting thing.

Of course, I’m only joking. I’m an awful father. But you know how I know I’m not the worst father in the world? Because I don’t have friends anymore. That’s because I’m with my children. Every. Single. Day. Seriously, any time one of my buddies calls up, this is how the conversation goes:

ME: “Hello?” (Apparently I can’t afford caller ID in my flashbacks so I don’t know who’s calling.)
FRIEND: “Dude. I just had the worst day ever. You wanna grab a beer?”
ME: “Absolutely.”
FRIEND: “Cool.”
ME: “So, when were you thinking? Next Thursday? Friday?”
*click*

So no, I do not have this whole parenting thing figured out. Which is precisely why my wife and I had a second child. Or, as we like to call her, “the backup.” Put it this way: I’m such a bad parent, when I was on eBay the other day, I didn’t know which category best classified my three-year-old. Oh, calm down. I would never sell my kid on eBay. Nobody even uses that site these days anyway. You can make so much more on Craigslist.

I’m joking. I’m joking. Although, between you and me, selling the boy has crossed my mind a time or two in the past couple of months. That’s because he’s currently going through the “why” phase. Whether you have kids or not, you know this phase. When the kid asks a seemingly innocent question like, “Daddy, why’s it raining?” and you tell him it’s because the plants need water. But that’s not good enough, so he follows up with another “why?” to which you say, “Because two fronts collided and that created an upper-level cyclonic supercell cold front Doppler radar,” reminding you it’s a miracle you even graduated from high school. Obviously that doesn’t satisfy him, and once he smells blood in the water, you’re dead.

The next thing you know, 45 minutes have passed, your shirt is completely soaked with sweat, and you’re standing in front of a dry-erase board trying to explain water vapor at the molecular level to a person who takes the majority of his advice from a talking dinosaur who travels through time.

Needless to say, I still have lots to learn as a parent. But I can definitely tell you being a dad is something I cherish every single day. Okay, so probably more like once a week. But still, it’s easily the greatest achievement of my life. The fact that I’m not all that good at it doesn’t mean I don’t enjoy it. In fact, all that really matters to me are the opinions of my kids. And if you ask my son who’s the coolest dad on the face of the Earth, he’ll tell you it’s me. But that’s because I told him that. A little secret: three-year-olds are idiots and will believe anything you tell them.

Sure, eventually I’ll be exposed for the fraud that I am. But for now, I’m living on easy street, pretending to have the answers to everything and drinking beers at home with my wife.

Bryce Donovan has been hailed as a "genius with words," but people often tell him you're not supposed to quote yourself. 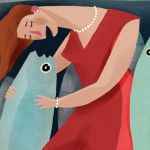 In the Holy City, this month brings a marathon of merriments. Can this writer make it out in one piece? 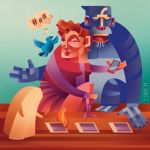