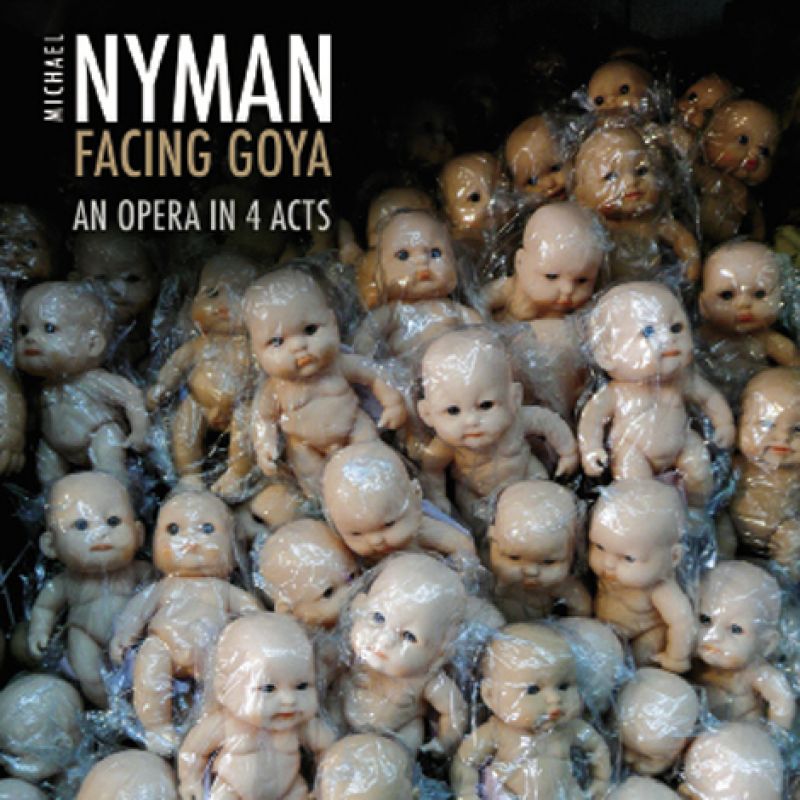 Ready to travel back and forth through time to learn how art and science relate to racism, eugenics, cloning, commercial greed, and whether or not one can measure and reproduce genius? In this fascinating opera composed by Michael Nyman with a libretto by Victoria Hardie, we follow the disembodied skull of painter Francisco Goya through 200 years of art history/criticism and science/pseudo-science. A present-day art dealer serves as our narrator/guide as the story takes us from the exhuming of Goya’s body in 1828 to a 19th-century craniometry lab, from an art gallery in the 1930s to a biotech lab in the ’80s.

The libretto calls for projections of Goya’s paintings and etchings and contrasts them with scientific drawings linked to the work of Peter Camper, Johann Kaspar Lavater, Pierre Paul Broca, Sir Francis Galton, and Cesare Lombroso. Two sopranos, a tenor, and a baritone play different characters through the four acts, but each retains certain traits, almost as if reincarnations of the same persons. The art dealer, a contralto, is the only cast member to stay constant throughout. Facing Goya will appeal not only to fans of the captivating, contemporary music of Nyman’s score but also to lovers of Romantic art, art history, science, science fiction, and good stories.

The Composer:
Although best known for his scores to films such as The Piano, Gattaca, and those of Peter Greenaway, Michael Nyman has composed numerous operas, string quartets, and orchestral pieces. This man of multiple talents keeps up a busy touring schedule performing on piano (he plays the Sottile Theatre on May 26), and with his ensemble, the Michael Nyman Band, which he has maintained since 1976.

As a musicologist, in the late ’60s, Nyman came up with the term “minimal music” to describe the work of composers such as Phillip Glass, Steve Reich, and Terry Riley, thus naming the minimalist movement.
Nyman elaborated on this subject in his 1974 book Experimental Music: Cage and Beyond.

In recent years, along with composing and performing, he has become increasingly involved with photography and filmmaking. In 2008, he published a book of photos, Sublime, and presented “Videofile,” an exhibition of photos and short films.