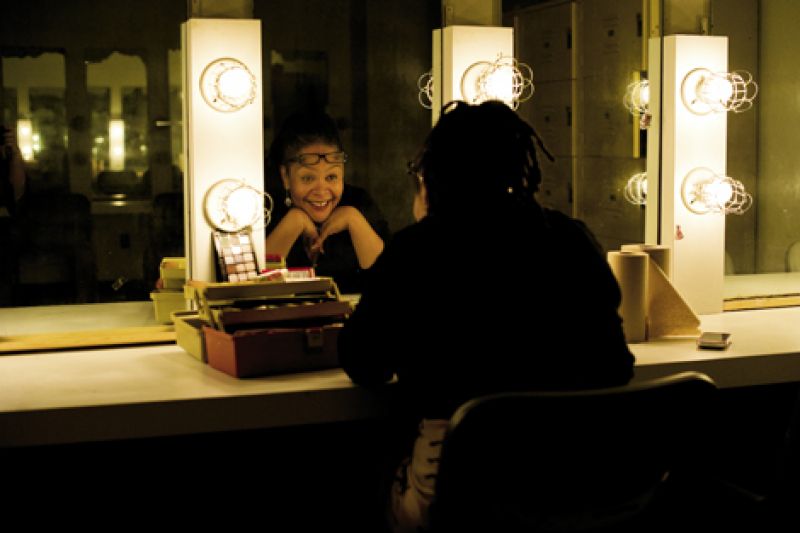 Follow the Charleston drama scene and you likely know—and have doubled over laughing with—actress Joy Vandervort-Cobb. The stage veteran got her start some 30 years ago with the Freedom Theatre in New York and has since stacked up theater, film, and television acting and directing credits around the nation. We caught up with the College of Charleston African American theater and performance professor as she prepares to step into the male role of Polonius in the college’s August production of Hamlet.

Theater training: I got my undergraduate degree in theater at the University of Southern California, studying under some of the best teachers. I believe in the liberating, transformative power of live theater.

Full exposure: I wrote a play called Moments of Joy that I starred in at Piccolo Spoleto in 2009 and 2010. It is the story of my almost-divorce, infidelity, going to therapy, rediscovering God, and being a single parent in my 40s. I got e-mails from women in the audience, stopped in the parking lot, approached backstage. The more specific and personal you get with your own story, the more universal it becomes.

On instructing: I started teaching theater at CofC 18 years ago as a side gig. I think I’ve tried to quit every single year since. But here I am, a tenured associate professor. I love teaching intro classes, because those are the kids who come in saying, “Why wouldn’t you just go to the movies?” Then I get to see them have this visceral experience, making that connection between the actor and audience. It’s that connection, that change in perception of theater, that makes teaching the course worth it.

Current project: This month, I am playing the role of Polonius in Hamlet with the college’s Shakespeare Project. It’s actually a male lead—I was originally asked to play Hamlet’s mother, Gertrude, but then they said, “What about Polonius?” The director, Adam Knight, is coming in from New York, and his career is really about to explode up there, so I said, “I’ll do whatever Adam wants me to do!”

PURE joy: After performing in PURE Theatre’s The Mountaintop this past spring, I became one of their core members. When Sharon Graci asked me to join, I wanted to burst into tears. “I’ve been waiting to get into this damn theater for 10 years,” I said. They are such amazing actors and really bringing brilliant, progressive theater to this town. I can’t wait to see what they have in store for me.