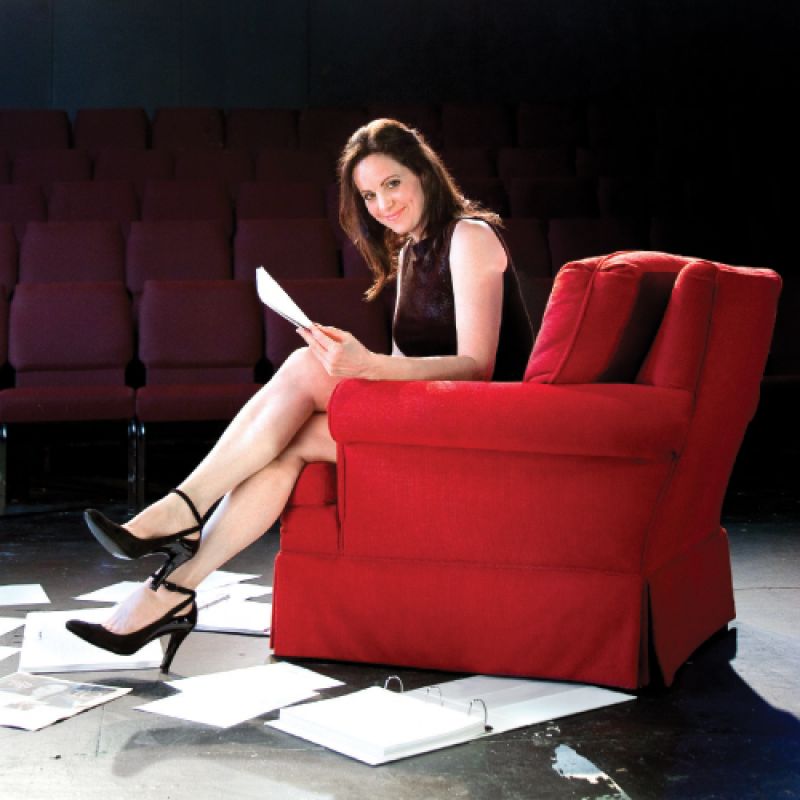 It’s a rare treat to see Sharon Graci on stage; these days, PURE Theatre’s co-founder and artistic director tends to stay much more active behind the scenes. So when Graci stars in a PURE production, like this past spring’s The Testament of Mary (in which she played the Virgin Mary), the result is sold-out shows and glowing reviews. Graci takes the stage again in September for the company’s Season 12 kickoff, Christopher Durang’s Vanya and Sonia and Masha and Spike. Insider’s tip: get your tickets now.

Giving direction:  I think I prefer to direct rather than act these days. It isn’t as much about comfort as it is about enjoying the pursuit of seeing what’s in my own head and maybe having the chance to create something beautiful. What is true, though, is that I’ve been an actor for a long time, and that informs every aspect of my work, both as director and artistic director.

Playing the Virgin Mary: I “truthified” the moments within the script, specifically the crucifixion—the fear and agony that a mother would feel watching her son being nailed to a cross, left to die slowly in the scorching sun as a carnival-type crowd watches and cheers. As the mother of five children, it was not difficult to relate to how Mary must have felt watching all of this—divine grace or not. First and foremost, she was a mother.

All in the family: My older two children are audition professionals. I like that we all share the common language of acting; it makes for lively conversations and a life that is never, ever dull. And my husband [PURE co-founder] Rodney Lee Rogers—he makes me a better person, and he makes me a better artist, and I feel lucky every day to know him and to be graced with so much time with him.

Building a season: It’s kind of like composing an album of songs. You have to consider not only which plays are selected, but where they sit in the season, how they sit in relation to each other, even the time of year. There are countless little nuances that are taken into consideration and, in short, it’s all great, great fun.

Season 12 themes: It’s about learning to get out of our own way, finding our voice, and assembling the strength to share it.
dBig fish, small pond: One of the most misunderstood aspects of actors is that all actors want their lives to look the same way, and that every actor’s idea of “making it” in a big city looks the same. We love doing what we are trained to do in the city we love. We take huge risks as artists here; we have a relatively tiny but mighty group of supporters and benefactors; and we engage in work that we find meaningful, challenging, and rewarding.
dCloset mixologist: When I’m through with being an actor and a director and an artistic director, I’m going to become a bartender. Seriously, I love to mix drinks.