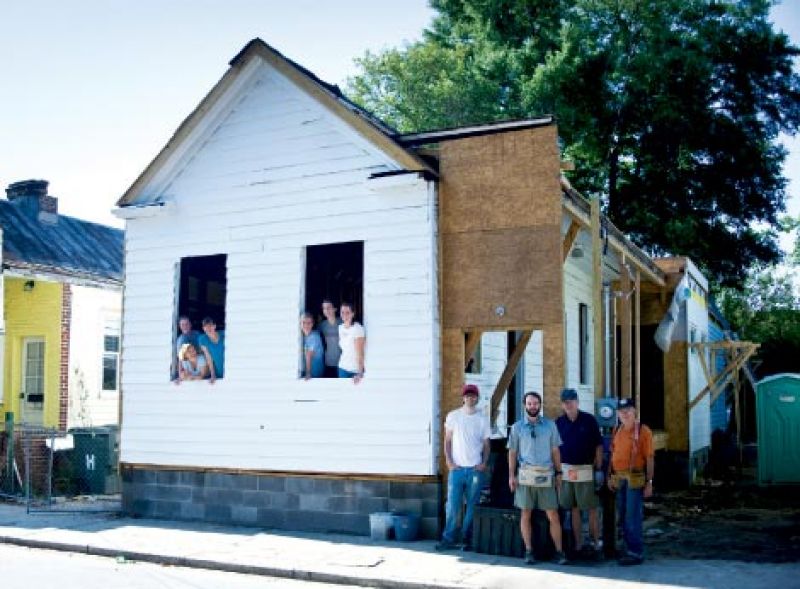 Imagine a century-old home, resurrected at the intersection of community, charity, and culture; laid upon a foundation of family; and then clad in history. That’s just what’s under construction for Historic Charleston Foundation’s (HCF) Neighborhood Impact Project, Charleston Habitat for Humanity, and the city’s Department of Housing and Community Development. And while the homes being rehabbed may not be grand, they certainly are historic—both for their noteworthy past and the innovative partnership guiding them to a fixed-up future.

In December 2011, the team began work on the Romney Street home of Sandra Miller. After collaborating for the first time on a Charleston single, they had decided to focus on a freedman’s cottage next. Following the Civil War, developers began building rows of these two-room residences to be rented and sold primarily to former slaves. As the style belongs exclusively to our city’s vernacular, preserving the peninsula’s remaining cottages—and their residents—fits with HCF’s objective. “We want to retain the families living in these neighborhoods,” says HCF executive director Kitty Robinson.

Three years ago, that spirit prompted a union with Habitat for Humanity. The Charleston chapter often rehabilitates homes rather than constructing new ones, but has found it “harder to keep a presence on the peninsula because of affordability,” notes director Jeremy Browning. And in its aim to maintain the city’s economic and cultural diversity, the Department of Housing and Community Development has a similar dilemma. “The challenge with using older buildings for affordable housing is cost,” says Mayor Joe Riley. “But the freedman’s cottage is crucial to the fabric of the city. That’s why this kind of partnership is so important.”