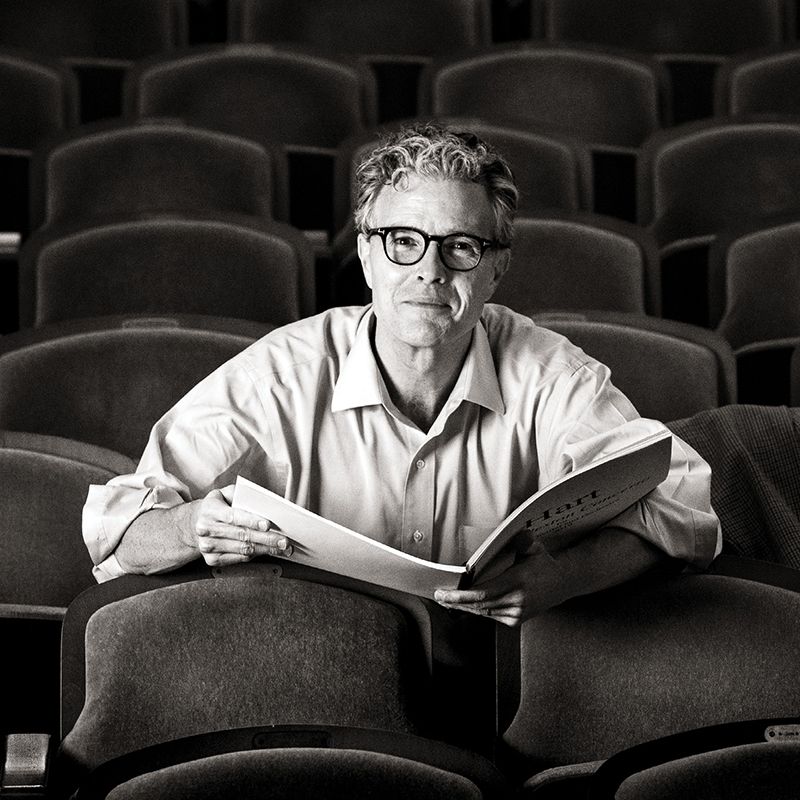 Edward Hart is the composer-in-residence with the Charleston Symphony Orchestra.

Have you ever sensed the “music” of a muggy, summer night along the banks of a tidal creek at low tide—the warm, still air redolent with the aroma of pluff mud? Distinguished composer and Charleston native Edward Hart has indeed heard it—and much more—with his “mind’s ear,” welcoming it into the depths of his psyche and inspiring him to craft beautiful music for the rest of us. His rich, moving sonic creations have earned him a worldwide following as well as his current position as professor and chair of the Department of Music at College of Charleston. Most recently, Hart was appointed as composer-in-residence with the Charleston Symphony Orchestra (CSO), which commissioned him to write a concerto to commemorate the 350th anniversary of the city’s founding. Learn more about the composer, whose A Charleston Concerto debuts this month with the Shanghai Quartet.

Locally Grown: I’m old enough to remember the unrenovated Charleston, a time before fine dining, good coffee, and luxury hotels. It was quite a unique playground for a curious boy where, even then, I had a sense of the oldness of the place. These boyhood memories coupled with time spent in the saltwater estuaries still serve as musical inspiration decades later. Without trying to sound overly artsy, I’m trying to express the soul of the place—a tall, if not impossible, order.

Uncertain Beginning: I began piano lessons around four, but I knew fairly early that I would not be a concert pianist. I would occasionally fake my way through lessons claiming that I’d “written something special” for my teacher, when in reality, I’d just improvise—my first foray into composition. Perhaps even more important than lessons, my mother constantly played classical music records, creating a familiarity and love for the standard literature. As for my formal education, I started at College of Charleston as an economics major but quickly realized that music composition was more interesting to me than the Laffer curve.

Creative Process: I like setting out to express something outside of the music itself—a scene, a landscape, a feeling. Of course, the music must always be able to stand on its own. The hard part for me is finding the initial musical DNA, the small melodic, rhythmic, and harmonic material around which the entire work is constructed. After that is discovered, the compositional process becomes easier, but still not easy. 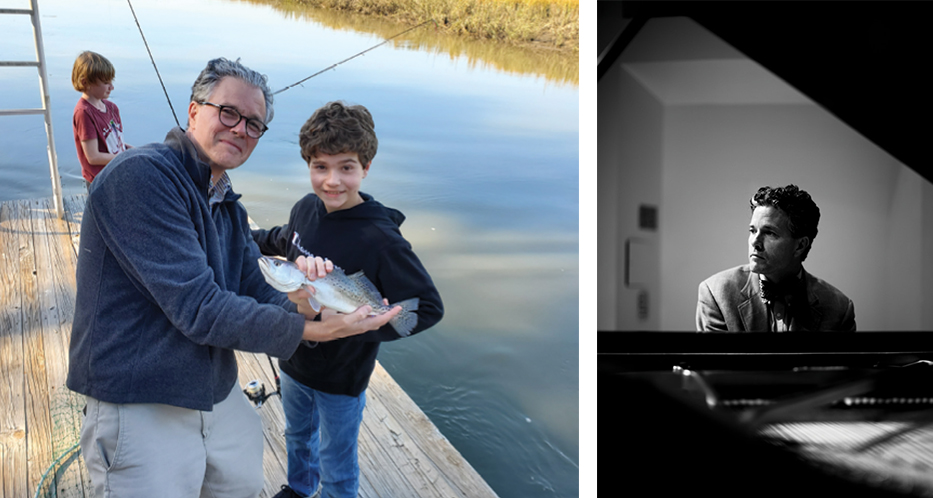 (Left) Fishing with his son; (Right) Hart started piano lessons when he was four.

Gullah Connection: I have loved Gullah spirituals for most of my life, and I believe they are our region’s most important contribution to the American musical lexicon. I wrote a dissertation supporting paper on Gullah spirituals in the early ’90s as part of my graduate work. As a composer, I think it is impossible not to be influenced by music you love.

Key Player: The commission for A Charleston Concerto to commemorate the city’s 350th anniversary is a real honor, but, at the same time, it is quite a responsibility. Put simply, I didn’t want to mess this up. I took a chronological approach to the work. The first movement, “Discovery,” seeks to imagine the feeling of the first people to gaze upon Charleston Harbor, long before the arrival of Europeans. The second movement, “Tragedy and Reconciliation,” grapples with our complex history and quotes two Gullah spiritual tunes for programmatic purposes and as an acknowledgement of this highly original musical tradition. The last movement, “Tomorrow,” recognizes our natural optimism and the shared belief that, despite past and present challenges, our best days are ahead.

First String: The Shanghai Quartet is the Rolling Stones of string quartets. I still have a hard time believing they are playing my music. More than once, I’ve flipped on NPR to hear them performing, and since I’m usually in the car, nobody is around for me to brag to, except maybe my wife, and that is probably not a good idea. The quartet is simply the best I could have hoped for. And, they are fantastic people, too!

Takeaways: At the end of the day, I just hope my music moves people.

Big Plans: While I’m hopeful that this recording and my association with the Shanghai Quartet will lead to more performances and commissions, many of my goals are non-musical. I’d like to be a better husband, father, son, friend, and colleague. I’d also like to catch more fish.