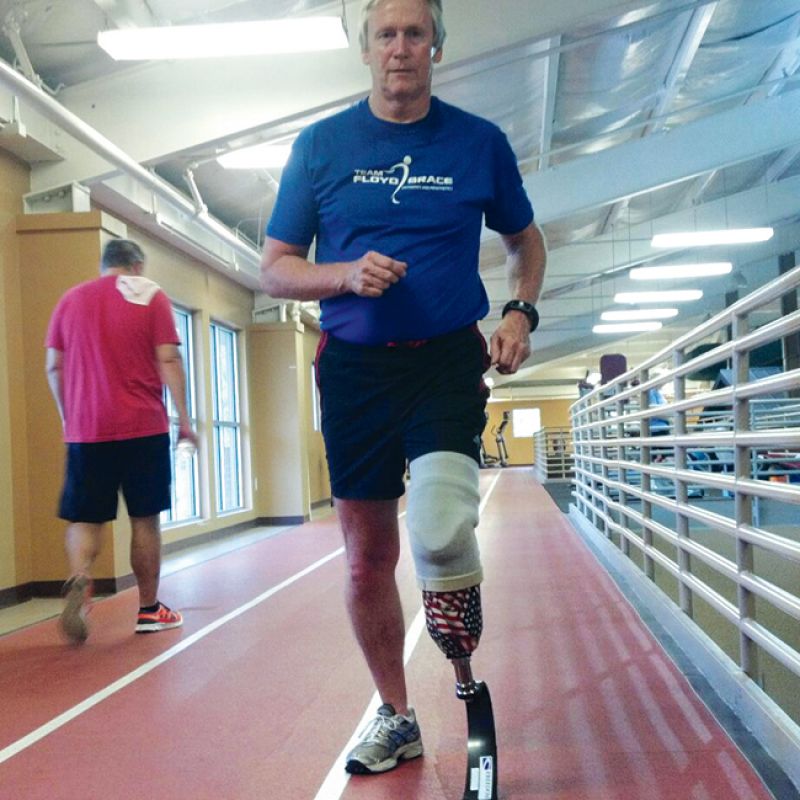 If you’re one of the thousands who have benefited from the Charleston Running Club or among the tens of thousands who have raced the Cooper River Bridge Run, send a mental thank-you to Thomas “Terry” Hamlin. The Charleston native founded the former in 1977 and cofounded the latter in 1978. But when it comes to his efforts to bring about change in the community, those were just a warm up.

The Bridge Run’s immediate success encouraged the competitive long-distance runner, then in his 20s, to find more ways to pair his favorite hobby with charitable giving. Over the next three decades, he would organize races for everything from the American Heart Association to the Muscular Dystrophy Association. After all, he’d pledged post-University of South Carolina graduation to “help one person per day” for the rest of his life.

Then in 2007, when a real-estate client introduced him to Wounded Warrior Project (WWP), he immediately began supporting the national nonprofit—which assists injured service members and raises public awareness about their needs—by donating 10 percent of his income each year. “We have a responsibility to these guys and girls who have given parts of their bodies so that we can remain free,” he explains.

Two years later, Hamlin—still an avid runner at age 57—would come to truly understand how devastating a traumatic injury can be. “I had a freak accident,” he says, “and lost my left leg as a result.” The tragic event only strengthened his resolve to “go out and find somebody else to help.”

Just four months after getting his first prosthetic leg, he ran in the March 2011 Bridge Run, which included the new Terry Hamlin Mobility Impaired Division that event organizers created in his honor. The following year, Hamlin began paying to fly veterans affiliated with WWP in to race in the division and founded the Wounded Warriors Luncheon, which takes place annually during the week of the Bridge Run. By the end of 2012, he had raised $70,000 for WWP.

But it isn’t the only worthy cause that benefits from Hamlin’s altruism. This September, he organized a fundraising fête for Nick Collins, the local musician who lost his leg as the result of an auto accident. “Nick’s father works with me at Carolina One, and I wanted to help defray the family’s medical bills,” explains Hamlin. “Terry’s goal is to raise a minimum of $50,000 this year to help Wounded Warrior Project and assist the Collins family,” says Vito A. Scarafile, who works with Hamlin at Carolina One Real Estate. “No one who knows him has any doubt that he will achieve his goal.”

Open Invitation: Hamlin pays for WWP veterans to fly into town and race in the Bridge Run’s Terry Hamlin Mobility Impaired Division (14 in 2013) and covers registration costs for local disabled veterans.
Quick Bucks: In addition to his other fundraising efforts, he garnered $4,000 in one day manning a WWP booth at Second Sunday on King this year.
Race for Good: Hamlin has also held races for the American Heart Association and American Cancer Society and has sponsored runners in the Team in Training Leukemia Marathons.