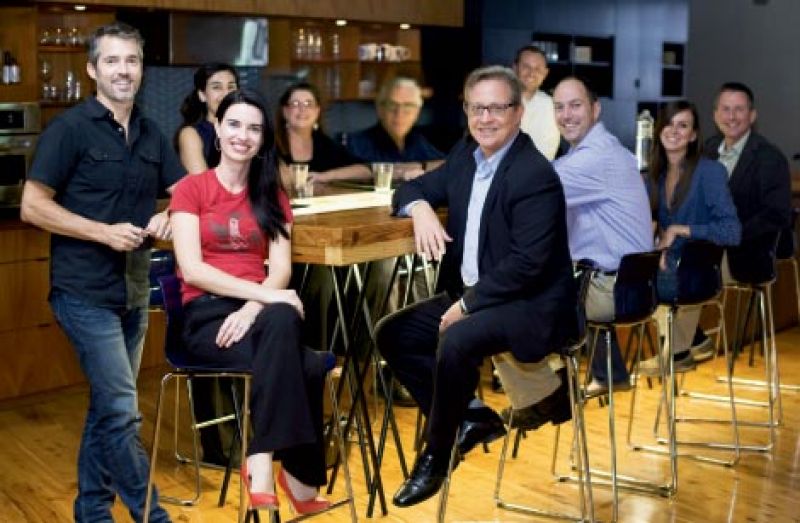 They’re a hard crew to peg. Not exactly a board, nor a committee. Not really a nonprofit and certainly not a for-profit. They have no strategic plan, no by-laws, no director or CEO. But neither are they a fly-by-night group, though night is when some of their best work is done (parliament, by the way, refers to a wise cadre of owls, not a House of Lords). So what is Charleston Creative Parliament (CPP)? It’s exactly what this award category is all about: a catalyst. An instigator and igniter, a pot-stirrer and percolator, an aggregator and perhaps even an agitator, as long as Charleston’s abundant creative juices are what get stirred up.

This amorphous, under-the-radar “all volunteer adhocracy” began to take shape in 2008 as creative businesses/entrepreneurs were becoming increasingly prevalent and economic development wonks studying the region’s industry clusters realized there was no tidy category to capture these artists, writers, publishers, designers, photographers, musicians, chefs, digital gurus, etc., who were undoubtedly players in our economic pot. “Big things were and are happening here, but we needed someone to see the whole picture and tell the stories, to put Charleston on the map as a creative destination,” explains Lee Deas Brown, one of CPP’s founding “posse.”

Given its decentralized non-structure, you may not have heard of CPP, but chances are you’ve heard about Pecha Kucha, its signature event. “Early on, we realized that we didn’t need or want an agenda, but if we could get creative people together, then good things would happen,” says Robert Prioleau, another founder. Pecha Kucha is that one thing: the magnet for gathering willy-nilly creatives in one wily night. Each of the 15 Pecha Kucha Nights held to date have showcased eight to 10 cool creatives giving fast and fun presentations on what inspires them. The resulting chain reaction among the 400 or so people at each event gets ideas spinning, sets wheels in motion and collaborations brewing. Not only has Pecha Kucha’s success catalyzed local endeavors, such as Kate and Lindsay Nevin’s plans to transform the derelict 1600 Meeting Street into an arts/entrepreneurial hub, it has sparked off-shoots in Columbia, Greenville, and even Beaufort, which have hosted their own versions. “When inspiring people get together, sparks will fly,” says Prioleau. And those sparks, in turn, light other fires. The beauty, Prioleau adds, is that CPP doesn’t create or produce anything, “All we do is set the stage.”

In 2008, Parliament raised $30,000 (with the help of CRDA and New Carolina) to underwrite an economic study of our creative cluster. The study, released in 2010, found:

• Creative industry is responsible for $474 million paid out to its workers.