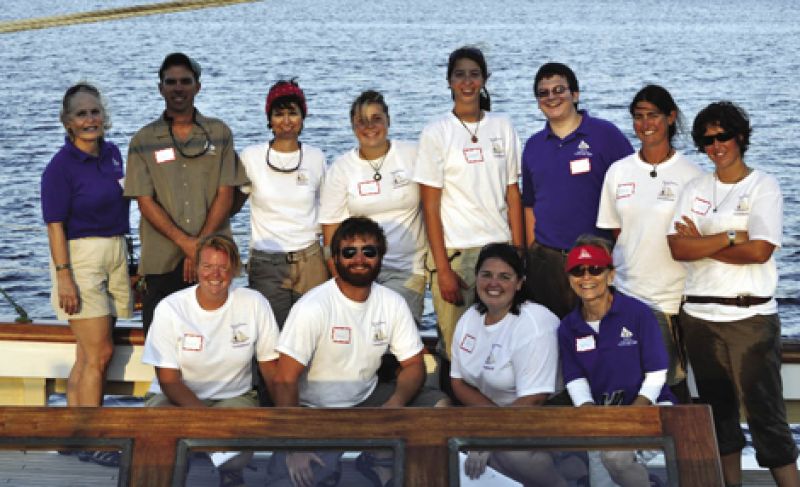 Merrie Koester Southgate was the kind of kid who loved exploring tide pools and then drawing pictures of what she found there. Today, that kid is alive and well in the character of Agnes Pflumm, the protagonist of Southgate’s series of four science education novels that debuted in 1998.

Agnes is a singing, dancing middle school science teacher whose intricate adventures are woven through with the scientific rules that govern the Earth. Funny enough, young readers who follow Agnes just happen to absorb those very rules—and begin applying them to their studies.

“Global decisions based on science and technology are made on our behalf every day,” says Southgate, a Charleston native and longtime educator. “And yet we Americans have become a society of science-illiterate adults. It is critical that young people understand the importance of reading as a way of taking some measure of control over their lives.”

And that’s where Southgate’s energetic prose comes in, drawing late-elementary- to middle-schoolers (fans are called “Pflummsters”) into making discoveries through reading. It’s like loading a chocolate cake with beets: delicious and nutritious.

Southgate conducts Agnes-centered science lessons at schools, museums, and even for the South Carolina Maritime Foundation’s 21st Century Spirit Ocean Adventure drop-out prevention and literacy program. Wherever she goes, kids crowd around, asking about Agnes. Teachers write thank-you notes. The enthusiasm has even inspired Southgate to start translating the series into Spanish.

One to practice what she preaches, Southgate conducts field studies during the research phase of all her novels. A three-day trip aboard the Spirit of South Carolina in 2009 yielded factual fodder for her newest release: Agnes Pflumm and the Secret of the Seven. In that book, whose action takes place on the Spirit, Agnes embarks on a journey to discover the meaning of seven pictographs, the only hope for saving the ocean from pollution. Ironically, the book debuted in April 2010, a week before BP’s Deepwater Horizon oil spill in the Gulf of Mexico.

“Young people are such advocates for change,” enthuses Southgate. “So if we can get them over their fear of reading and science, there is hope they can turn back the tide of ocean destruction engendered by humans for the last 500 years.”